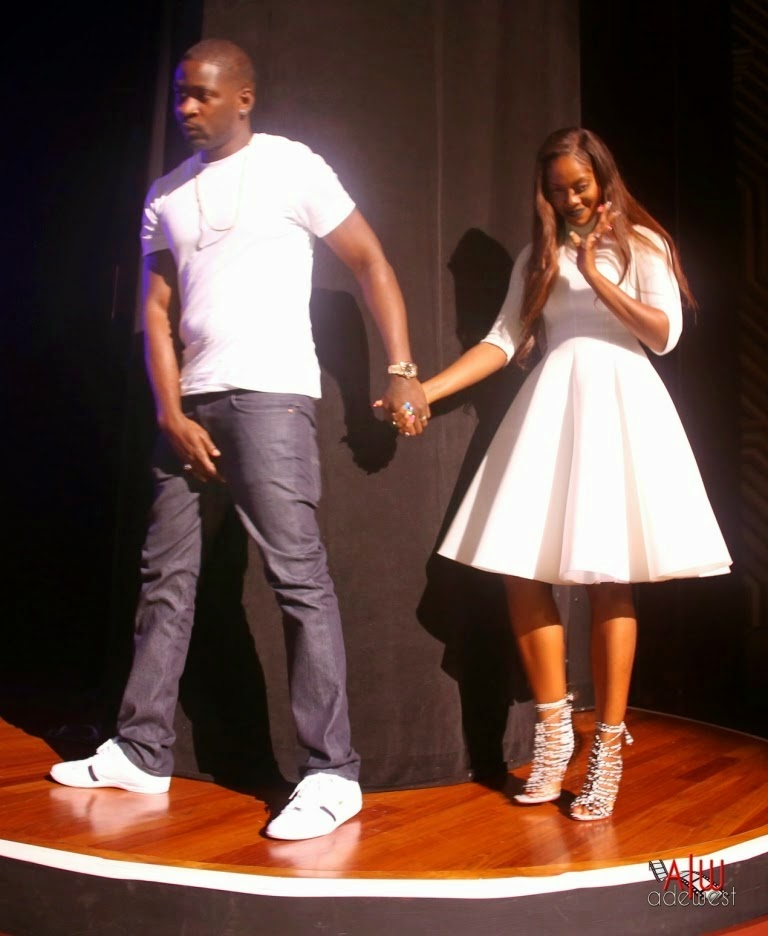 Tee Billz has been the one managing Tiwa until she fired him last week.

Entertainment sources disclosed that Tee Billz has been pocketing Tiwa’s management fee and Shows sponsorship money since all this while.

The lover lady trusted her hubby so much that she didn’t bother to question him not until recently after their wedding when she started noticing that somethings are not adding up.

After the highly publicized wedding, Tee Billz was paid N1.5million but he allegedly pocketed it and told Tiwa he has not been paid.

Furious Tiwa reportedly called HipTV to ask why he hasn’t pay them not knowing that her dear husband has pocketed the money.

Other issues also came up where Tee Billz put up the same dubious habit.

These among other issues forced Tiwa Savage to open up to her brothers who advised her to get a new manager.

As we speak, Tiwa Savage has fired Tee Billz and has moved out of her matrimonial home.

Before now, Tiwa had openly said Teebillz believed in her when no one did. She said he sponsored her first video, Kele Kele. She even reportedly gives him her credit card.

Despite their show of solidarity, they are still not in good terms and Tiwa may need some time to get over the betrayal. We all know it means she may find it hard trusting him with her business anymore.

Another source said Tiwa Savage is feeling betrayed after her recent discovery.

Tee Billz has promised his kids in London that they will never suffer…Apparently he has been sending money fraudulently acquired from Tiwa Savage’s shows to his wife in London.

Can you blame him???? What of Tiwa Savage who fell in love with a married father of two children when single men are dying to have her.

These celebrities self… na wa for dem.