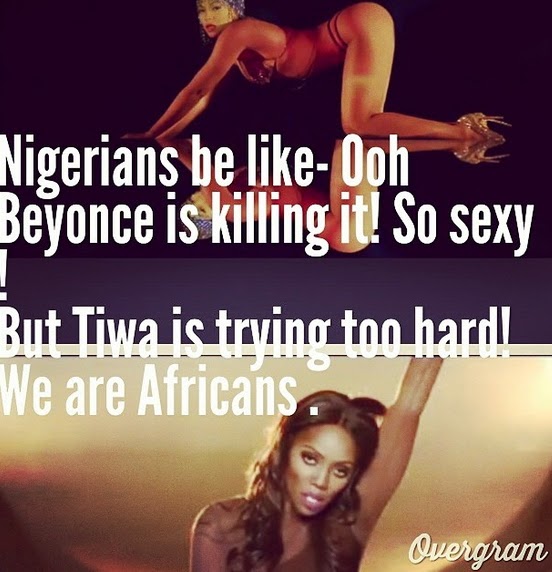 Majority of Nigerians who watched Tiwa Savage’s wanted video are not very pleased with it.

When it comes to showcasing nudity and sexuality, Nigerians are very divided.

This new video that has gained over 130,000 page views on YouTube has caused a storm on Twitter and the social media.

2. Whatever her hubby likes about her body should really remain within their bedroom IMO A video where a wife simulates ‘fingering’ is gross.
3. Rihanna and Beyonce and all other Yankee gals doing the nude video stuff at least have originality in their insanity. This one is…smh.
4. Yes, we live in a hypocritical society as some coots supporting that video would scream but our hypocrisy still keeps our kids in check
5. When you start exposing punanies & penises in d name of stupid ‘art’ , then those shouting ‘hypocrisy’ shd let their kids go naked to sch
6. For the record, I could be termed Tiwa’s biggest fan but concerning this video, Omo, e nor pure. Dem Mad-heeda and co are kids play 2 dis
7. Many will be quick to compare Jay Z and Beyonce in this case and say we watch those videos. Silly analogy. Is Nigeria America?
8. Rihanna exposes her breasts and booty and a mad fever grips almost every female act in Nigeria to also show their own t*t*. Haba!
9. One cannot even switch on to a Nigerian music channel these days without wondering if it’s an appendage of a foreign porn channel!
10. And after una go dey blame Jonathan! At least he covers his ass! Pun intended.
11. And just for the record, it’s the concept of the video that seems ‘tart’ to me and not ‘art’ before it is misconstrued. Ehen!

Read fans comments on the controversial video below: 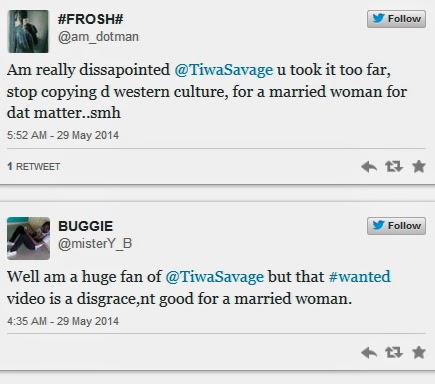 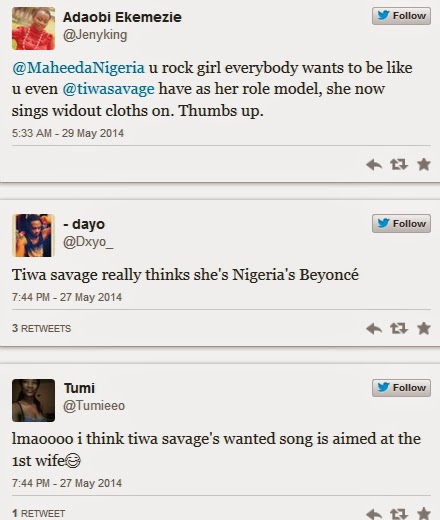 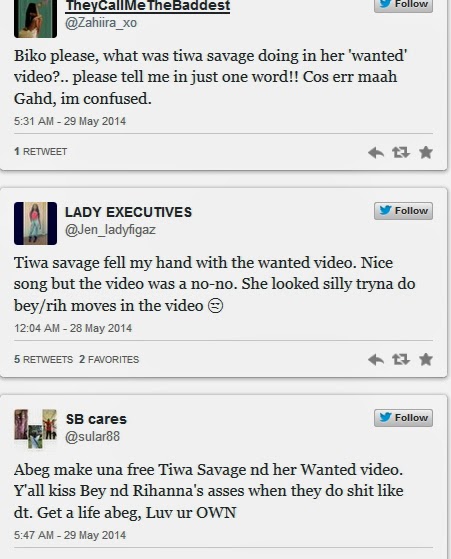 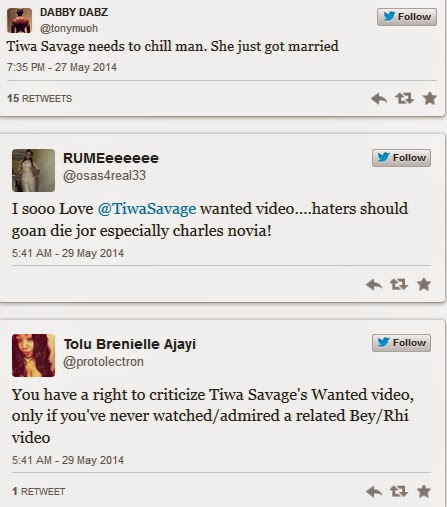