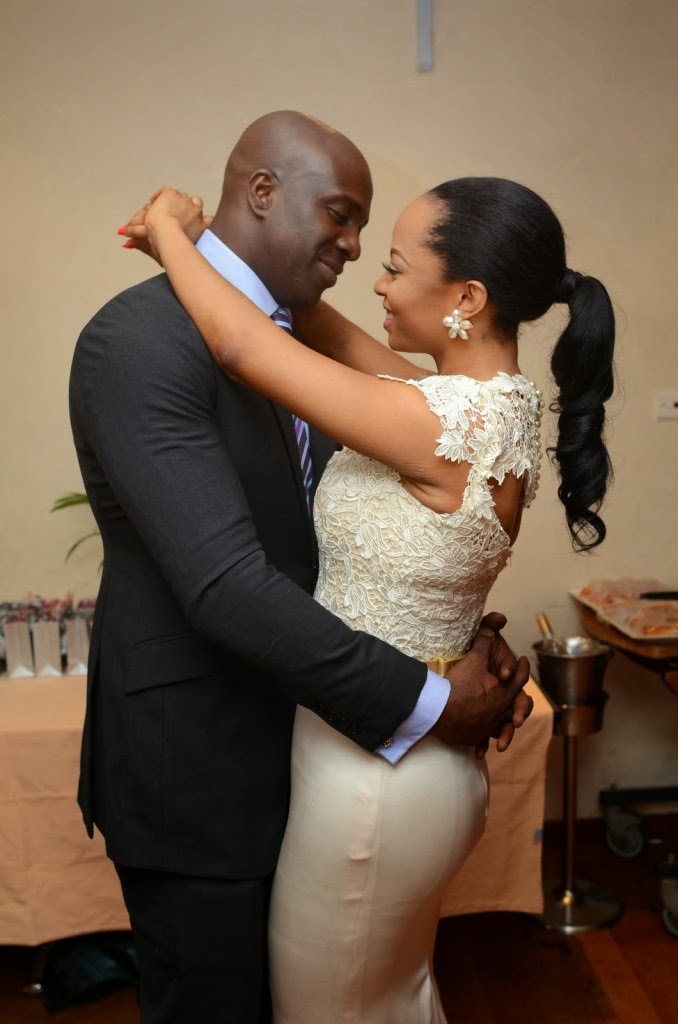 According to the Source Nigeria, a reliable source revealed that the marriage between Toke Makinwa and Maje Ayida is in fact not real. The source stated that it was all staged for a proposed reality TV series which has since been shelved due to the fact that Maje Ayida backed out of the deal after the pilot of the reality show was shot.

Hmm… and so if the reality show was shelved what happened to the studio 53 valentine episode and the TW magazine cover? They just couldn’t resist the on going deception?

Apparently the two of them were not even in a relationship or dating prior to this highly publicized media relationship and marriage,
could this be true? Did they really fool us all? The word is that someone got a hand on the pilot images (the registry wedding) and leaked it to the press and I guess you can say the rest is history. There was no going back from there and they went with the flow.

Is the entertainment industry and the need for fame and fortune so appealing that one is ready to live a lie to achieve it?

The Source Nigeria has been making attempts to reach the said couple for a statement on this new information. We expect that in the light of recent events, there will be a statement confirming or denying this false marriage allegations. We sure have loads of questions for them.