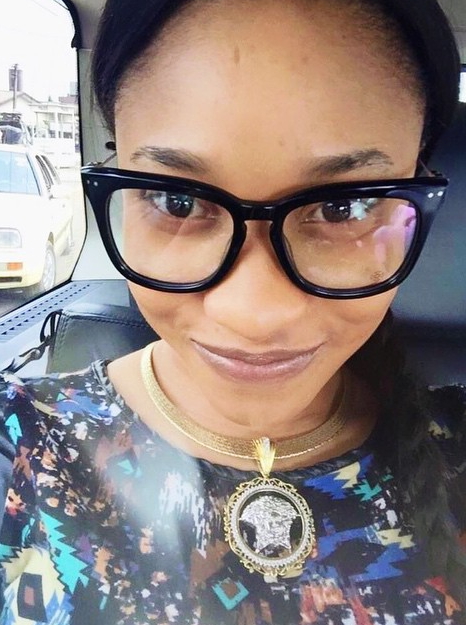 The story has reached the actress and she has denied it.

She took to her official instagram handle @tontolet to distance herself from the impostor in her usual rude way. 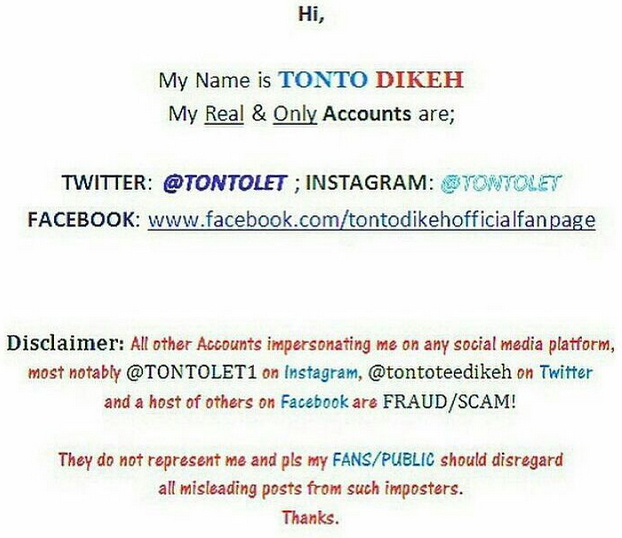 Why this late madam Tonto Dikeh?

NaijaGists has contacted this actress on several occasions, we feel her response is coming a bit too late but it is better late than never.

She has changed her Instgram handle name to Mrs Tonto W.C Dikeh.

Though she is yet to confirm she’s married but the words on the streets is that the newly engaged actress is now married.

Note: I contacted a close source to Tonto Dikeh this afternoon who told me that the actress owns both Instagram pages @tontolet and tontolet1, the source jokingly said Tonto Dikeh must have lost her mind.

“If tontolet1 is her impostor why hasn’t she reported it to Instagram for it to be taken down. She is the one using both accounts just ignore her”- the source added