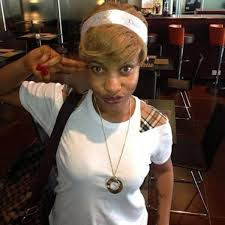 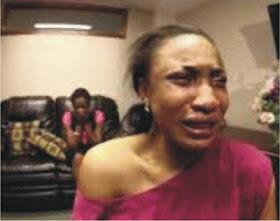 August 12, 2013 – Tonto Dikeh Tried To Commit Suicide; How She Almost Killed Herself After Nigerian Movie Producers Dumped Her

Controversial Nollywood actress Tonto Dikeh is currently in a big emotional stress following the gradual collapse of the acting career she worked for over the years.

The actress who has started a downward trend in her career in Nollywood is currently battling a serious depression caused by loneliness and lack of career success.

Her attitude problem became evident last month after she called Mercy Johnson and her husband fools on Twitter.

Since then, she has experienced disfavour in the sight of many Nollywood movie lovers worldwide for her lack of courtesy when dealing with colleagues.

Tonto Dikeh called Mercy Johnson a fool for returning to work earlier than usual after giving birth to her baby girl Purity Ozioma in December.

The actress who said Nollywood brides marry horribly is yet to get any of her relationship working since her drug and alcoholism problem started last year.

Before attempting to commit suicide last week, she was on a movie set with movie director Chima Okoroji.

According to the director of African Pride movie, the actress caused commotion on the movie set last week. She reportedly fought her fellow colleagues like Ngozi Nwosu, Kenneth Okonkwo and others.

When she was called to order, she allegedly walked out on all of them (read the report details here).

The latest report from Tonto Dikeh‘s friends is that she attempted to kill herself last week following serious hopelessness in her career.

We learnt many Nollywood movie producers have decided to choose Mercy Johnson, Ini Edo or other stars over Tonto Dikeh due to her rudeness on set.

A Nollywood insider said it seems the movie producers have ganged up against her.

Sources say if not for the timely intervention of her friends last week, Tonto Dikeh would have died.

She took to her instagram profile few hours ago to brief fans on her suicide attempt.

Hear Tonto in her own words below;

“WokeUp happy n decided to share diz***I’ve bin here b4 n I can tell u we stronger Dan our problemz/painz/Etc**That day I realized SUICIDE iz for COWARDZ**if u’ve gat no1 to talk to like mii I suggezt u strt wit GOD,diz shitzzzz crazy(world) but it iz Ourz dnt leave it in SHAME”

According to a source, behind all the controversy she is generating is a woman who is trying to belong to a society she once belonged.

“She has lost most of her friends and advisers since she entered depression” – concludes the source.

May the Lord help us all to overcome the war of the mind.

Warning to Tonto Dikeh and others contemplating suicide

The bible says it’s appointed unto men to die once after which the judgement Hebrews chapter 9 verse 27.

If you commit suicide, you have committed murder.

Your life is not your own, it’s God’s property.

Suicide is never a solution to any problem in life.

Life’s burden are not meant to be carried by us that is why we have a loving heavenly father who is ever there for us.

Yes he is a friend who sticks closer than a brother.

When others forsake you, Jesus will never forsake.

Jesus said come unto me, all ye that labor and are heavy laden, and I will give you rest.” Matthews 11:28.

I decree peace to your souls.