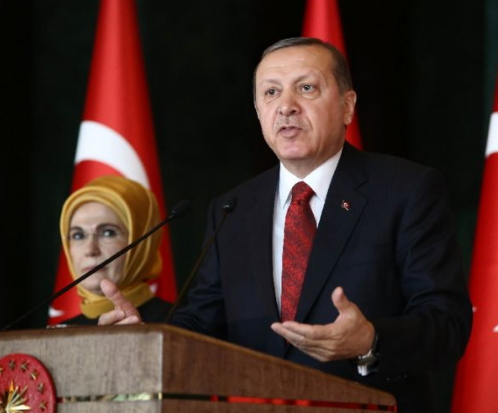 May 30, 2016 – Turkish President Says No Muslim Family Should Use Birth Control Or Do Family Planning Because It Violates Islamic Tradition

“We will multiply our descendants. They talk about population planning, birth control. No Muslim family can have such an approach,” he said Monday in a televised speech, monitored by Voice of America, VOA.

Erdogan, a devout Muslim, has angered women’s groups in the past by dictating how many children a woman should have and speaking against gender equality.

He has previously attempted to ban abortion in the country and has called for limits on Caesarean births, saying women who give birth that way generally cannot have more than one more child.