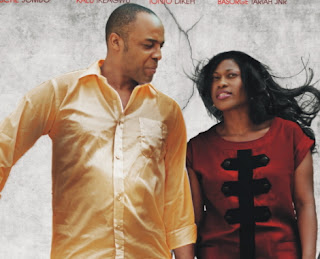 The movie which grabbed the headlines few months back when it premiered has resurfaced again on the front burners. A movie by the charming screen idol, Uche Jombo, Damage needs no introduction as it has been tested to be a true work of art as it has been shown in many parts of Europe and America.

By popular demand, the movie will be showing at the prestigious Genesis Deluxe cinemas, Lekki, Lagos from the 11th November, 2011.

Damage is one of the very few to have had several premieres in different continents of the world. The train has moved from Nigeria to countries like England and in many cities in the United States of America. It would be recalled that the movie premiered first on the 31st July this year and made its way to the cinemas five days later.

Actress Uche Jombo started her sojourn into the make believe world more than ten years ago, when asked about the movie and the level of success the movie has made in several cities of the world, she said ’’ I would like to take all the glory but I don’t think it was about me. I am very proud of what we have achieved; there is no better word to describe how I feel when I see the level of success it has achieved in the past months’’.

The movie damage presents the case of love and domestic violence in marriages. The movie is about the story of a man (Kalu Ikeagwu) and his wife (Uche Jumbo) who loves each other immensely, but their way of presenting this love to each other is by engaging in violent fights almost on a daily basis and this had a serious psychological effect on their kids.
Directed by Moses Inyang, Damage is a movie that beams the search light on the issue of love and how it should be applied in relationships.