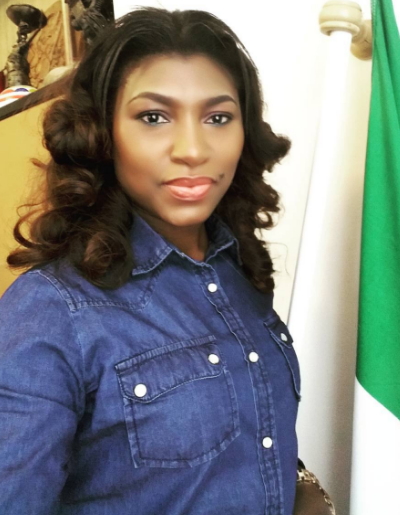 We act as Public Relations Consultants to Ufuoma McDermott, a Nollywood Actor, hereinafter referred to as our Client. Our attention has been drawn to a newspaper publication of an interview supposedly granted by our Client and published in the National Mirror Newspaper and Website National Mirror on Saturday June 11, 2016 titled “Ladies Contribute to Sexual Harassment”.

In the alleged interview our client was attributed with the following comments on sexual harassment:

“Nigerian ladies have a lot to contribute to sexual harassment in this part of the country. If we will carry ourselves honourably and put a price on ourselves, we won’t be harassed; these men aren’t crazy, they will seek your consent before embarking on anything. Even rape cases can be avoided if one is careful and vigilant enough. Again, this affects every sector and not just the entertainment industry alone. Mothers especially, should train their children how to dress well, talk responsibly in the public, behave decently and other etiquettes of life, charity, they say begin at home…”

As a result of these said comments, our Client has been inundated with phone calls from all over the globe from Fans, Mentees, Friends, Relatives, Well Wishers, Business Partners and Colleagues in the industry on the above comments.

The General Public is hereby notified that our Client, Ufuoma McDermott did not at any time grant an interview to the National Mirror Newspaper on the above subject. Further, our Client has not met and therefore could not possibly have granted an interview to the National Mirror Reporter, Yemisi Adeniran, on the subject. We would like to state for the record that the above views credited to our Client are false, malicious and aimed at ridiculing and diminishing the personality and reputation of our Client, Ufuoma McDermott.

The National Mirror and its Reporter, Yemisi Adeniran, are by this Notice demanded to issue a public apology and retraction to our Client within the next 7 days from today. Failure to meet the above demand will result in legal action against the National Mirror Newspapers to redress this libelous, malicious and unprofessional publication. Ufuoma McDermott does not and will not condone sexual harassment or violence and remains totally committed to promoting morals, values and advocating for the rights of women and the girl child.