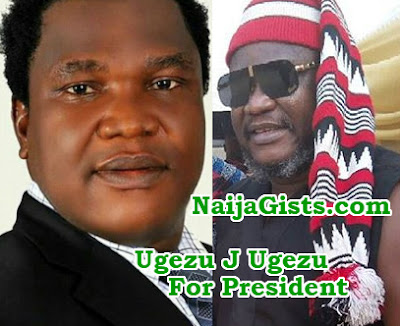 Popular Nollywood filmmaker and actor Ugezu J Ugezu has declared his intention to run as president next year.

The actor who made his intention known in a statement on Wednesday the 11th of January 2018 urged Nigerians to vote out the ruling party to put the country back to order.

He also encouraged his followers to ensure they obtain their Permanent Voters Card, which he described as their weapon to vote out Buhari’s government. 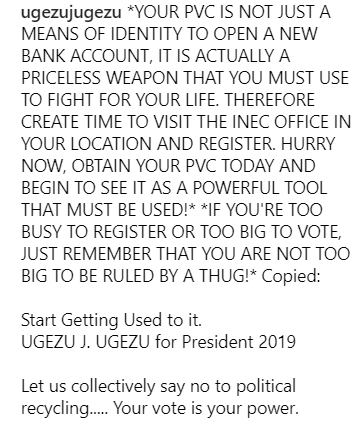 He will be running under the Young Democratic Party (YDP) platform.