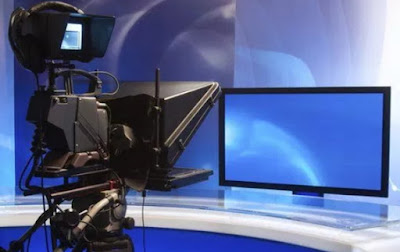 UNILAG TV station will go on air next month.

The newly approved television station will begin operations in February to facilitate research-oriented education and ease communication within and outside the university community.

The Vice-Chancellor of the university, Prof. Oluwatoyin Ogundipe, gave the assurance in an interview on Monday in Lagos.

The Federal Government recently approved licence for the television thereby making it the first campus television station in Nigeria.

According to Ogundipe, the university is set to change the face of television broadcasting through its Mass Communication Department.

“We are ready to go on air, as we have all it takes to float a world-class television station.

“Right now, we have the cameras and other gadgets with a world-class studio.

“The approval to operate a television station will improve our branding; we are bringing professionals to help in kick-starting the station,’’ Ogundipe said.

He commended the efforts of the immediate past Vice-Chancellor, Prof. Rahamon Bello and Prof. Ralf Akinfeleye of the Mass Communication Department, who pursued the dream.

Ogundipe said that the university paid N10 million to acquire the television licence.

Prof. Ralf Akinfeleye, also the Chairman, Centre of Excellence in Multi-Media/Radio Unilag and Television, told our reporter that the television station would be the first of its kind in West Africa.

He thanked President Muhammadu Buhari for granting the licence to the university.

He also praised former President Olusegun Obasanjo, who also granted the institution its radio licence in 2002.

Akinfeleye, a former Head of Department of the Mass Communication, said that the station would go beyond the Direct Satellite Television (DSTV).

He added that it would enhance the training of modern-day broadcasters.

“We are indeed happy to see the realisation of this dream.

“We bided for a World Bank’s five million dollars grant for equipment along with 19 other universities, and we won it.

“I am glad to state that we have taken delivery of various equipment such as cameras, teleprompters and other broadcast materials worth that amount.

“This makes our studio more sophisticated than most television stations in the country,’’ Akinfeleye said.

The don said that the station would also add value to the training of the students.

Dr Olubunmi Ajibade, a Senior Lecturer in the Department of Mass Communication, said that the station, which would be hosted on the DSTV platform, would also be used to generate income for the institution.

Ajibade said that Nigeria and Africa as a whole, would witness professionalism at its best in terms of broadcasting, with the operation of the station.

“We train people for the industry; so we are in the best position to attract the best hands.

“Fortunately, the World Bank project has already supplied us with world-class equipment for both the radio and television operations,’’ he said.