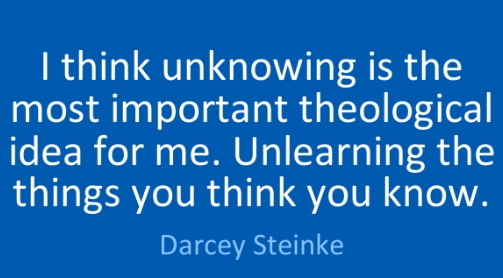 September 23, 2016 – Unlearning: The Top Secret To Being Successful In Life, An Article By Tony Ogunlowo

We all want to be successful in life; whether it is in our professional or private lives.

We want successful relationships’, successful careers and we want to be seen as being successful in everything we do in the eyes of the world.

Schools of thought will have us believe that to be successful you need to harness your talent; work hard and it’ll all work out.

The true secret to being successful in life is to un-learn everything you think you know.

Un-learning means breaking with tradition and setting off on a different tangent on your own. Everything we’re taught at school, college or university doesn’t mean you’re going to be a mega-success in life – even though it’s a start – no knowledge is wasted! You might earn more being a graduate or something but the real success only comes when you strike it out on your own.

From a very early age we are indoctrinated. We are taught the differences between right and wrong, what society expects of us and not. Our very lives are moulded in such a way that we have to conform – or be damned. As a result we find ourselves trapped in a system that determines what is best for us rather than the other way round or what we can do to improve the system.

To escape the indoctrination, that we have been subject to since birth, we need to think outside the box – perhaps even betting the farm on what we believe is right.

Life’s greatest thinkers, innovators and entrepreneurs did not get to where there are today by toeing the line – they gambled and took a leap of faith into the unknown……

When Bill Gates set up Microsoft in a bid to change the way everyone in the world accessed computers, the cheapest computer cost over $100,000 and was the size of a room. Apple, under the tutelage of the late Steven Jobs, introduced us to out-of-this-world high tech devices we can’t live without. Even Mark Zuckerberg dropped out of Harvard to gamble everything he knew on a platform that would change the social media interaction forever. People like Richard Branson didn’t become successful by following the ‘norm’. He only became successful as a result of him being a maverick that stood up to the establishment (and still does) and did things differently.

To be successful in life most of the things we’re taught at home, in schools, colleges and universities is sometimes totally irrelevant. Read the biographies of the ten richest men (and women), in the world today, and you’ll find they are either university dropouts or people who have stuck a finger up at the establishment and opted to follow their own gut instincts.

How can you be successful when you’re following the same path – like goats being led to the slaughter – like everyone else? You need to be different. You need to be able to push boundaries and challenge the order of things – not forgetting hard work and inspiration.

Only a brave maverick becomes successful in life.

To be successful in life you need to think outside of the box. You need to be brave to be able to go rogue, bet the farm, and follow your gut instincts. People, without any doubt, will laugh at you, put you down and criticize you and why won’t they? They will because you’re the only one who’s brave enough to venture out into the unknown – and stake your reputation and everything you have on it.

It doesn’t matter what talent, financial backing or connections you have if you’re not prepared to un-learn everything the establishment has taught you over the years, believe in yourself and what you’re doing, and strike it out alone following your gut-instincts you’ll never be successful.

Now the next step is to discover your niche – something you’re good at doing. Everybody was born with a unique talent of their own. It could be playing football, music or acting. Others are talented in science, teaching, banking or being political maestros. Everyone has something they’re very good at.

Once you’ve discovered your niche – work on it! Rome wasn’t built in a day! The mere fact that you’re the world’s greatest programmer does not mean you’re going to build the next Facebook or Microsoft without putting in the hard work of which most of it will go unrewarded – initially! There will be distractions. People will laugh at you and put you down – a young David Beckham was once advised to go and learn a trade like bricklaying or motor mechanics instead of kicking a ball around!

You will need to be disciplined. If you can dream it you can achieve it. To be successful you have to follow a rigid pattern of hardwork-hardwork-hardwork-hardwork – there is no rest until the objective is achieved. There will be unlimited sacrifice – the loss of your social life, for instance, lack of sleep – perhaps even financial and relationship problems – all of which must be surmounted.

Statistics show that out of every hundred people who start out in life only five will be successful by the time they retire – the other ninety-five would have fallen by the wayside. So which category do you want to be in? Among the successful five per cent or the ninety-five per cent who didn’t make it?