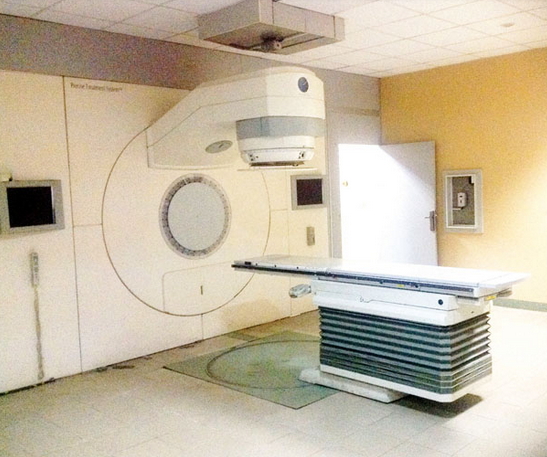 One out of the three working LINAC Radiation machines in Nigeria has been knocked down by unstable power supply and bad diesel.

LINAC, a Linear accelerator device used for administering high energy x-rays to region of patient’s tumour at the Lagos State University Teaching Hospital has been down for 3 weeks now.

All cancer patients referred to the hospital for treatment have been turned back for lack of equipment.

An official at the hospital said it will costs N18million to fix the broken machine.

HOW LUTH’S RADIATION MACHINE BROKE DOWN

“When Obasanjo gave us the machine in 2007, the suppliers said power must not be cut off from it while in operation. So, LUTH got two generators to power it. It was not connected to the central power. So, when the bad diesel was poured, the generators started tripping off, and then went off finally. While the generators were tripping off, they were transferring incomplete energy to power the machine.” – said an official at the hospital