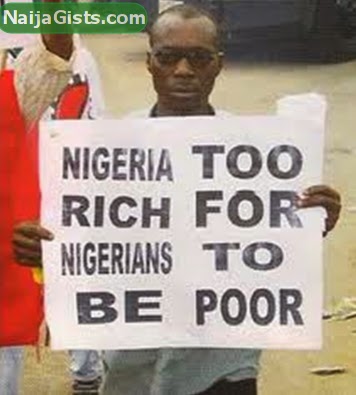 The United States government has severely indicted Nigerian government officials of massive, widespread, and pervasive corruption, affecting all levels of government and the security forces. “Officials,” the report said, “frequently engaged in corrupt practices with impunity.” It estimated that almost $7 billion must have been stolen in the period under review. The report observed that “There was a widespread perception judges were easily bribed and litigants could not rely on the courts to render impartial judgments. Citizens encountered long delays and alleged requests from judicial officials for bribes to expedite cases or obtain favorable rulings.”

The report, under the heading “Corruption and Lack of Transparency in Government,” was published under a main report on Nigeria titled, “Country Reports on Human Rights Practices” which included sections such as, “Respect for the Integrity of the Person, including Freedom from a. Arbitrary or Unlawful Deprivation of Life; b. Disappearance; c. Torture and Other Cruel, Inhuman, or Degrading Treatment or Punishment; Prison and Detention Center Conditions and several other sections.

The report noted that, “Public officials, including the president, vice president, governors, deputy governors, cabinet ministers, and legislators (at both federal and state levels), must comply with financial disclosure laws, including the requirement to declare their assets to the Code of Conduct Bureau (CCB) before assuming and after leaving office. Violators risked prosecution, but cases rarely came to conclusion. In June the Socio-Economic Rights and Accountability Project and other groups demanded President Jonathan disclose his assets from 2007 to 2013.

On June 24, the president refused the request. The President’s Office and the PDP contended President Jonathan declared his assets in compliance with the provisions of section 140(1) of the constitution and submitted them to the CCB prior to his assumption of office, and there was no stipulation requiring publication of the information. On June 26, SERAP responded by filing a Freedom of Information Act (FOIA) request with the Presidency and the CCB requesting release of the information within seven days. The president had not released information on his assets by year’s end, insisting the law required declaration of assets but not publication of the report. The constitution calls on the CCB to “retain custody of such declarations and make them available for inspection by any citizen of Nigeria on such terms and conditions as the National Assembly may prescribe.” The Code of Conduct Act does not address the issue of publication.

Most disturbing was the alleged $7 billion looted by public officials. The report detailed some of the cases, including:

On April 18, a House of Representatives Committee led by Representative Farouk Lawan and charged with investigating the fuel subsidy program from 2009 to 2012 released a report showing massive fraud, corruption, and inefficiencies in the operation of the program. The report alleged misappropriation of nearly half the subsidy funds, with poor or nonexistent oversight by government agencies. The report estimated government money lost to “endemic corruption and entrenched inefficiency” amounted to 1.067 trillion naira ($6.8 billion). The committee recommended reform of the oversight and enforcement mechanisms and further endorsed investigation and prosecution of culpable officials.

In July the government released a list of those who had benefited illegally from the subsidy program, which included relatives and colleagues of key government officials. In late July the EFCC began arraigning suspects, first with a group of 20 indictments, including six oil companies and 11 individuals. By year’s end the EFCC initiated prosecutions of approximately 50 cases related to the subsidy scam. The majority of these cases involved companies and individuals who had fraudulently received subsidy revenue. Investigations and trials had not produced any convictions by year’s end.

On February 24, the EFCC instituted criminal charges against former governor of Bayelsa State Timipre Sylva for laundering close to five billion naira ($32 million) of funds belonging to Bayelsa State. The court adjourned the trial until January 2013.

On March 21, the EFCC arrested Ondo State Oil Producing Communities Development Commission Chair Debo Ajimuda over an alleged 61.4 billion naira fraud ($393 million).
On March 29, the EFCC arraigned six suspects for allegedly defrauding the Police Pension Fund of 32.8 billion naira ($210 million). Included among the six was Atiku Abubakar Kigo, who served as director of the Police Pension Office before becoming permanent secretary in the Ministry of the Niger Delta. Justice Lawal H. Gumi of the FCT High Court ordered all bank accounts associated with the suspects frozen pending resolution of the case. On May 16, suspect Esai Dangabar filed an appeal of Justice Guma’s asset freezing order, but a three-judge panel of the Abuja Court of Appeal upheld the order. On December 17, police arrested Dangabar for interfering with properties the court ordered him to forfeit to the government in relation to the case.

In June allegations and a video surfaced, allegedly showing Lawan accepting a 94.2 million naira ($605,000) bribe from entrepreneur Femi Otedola, who had advised Lawan on the investigation but whose company had not received fuel subsidy payments. After Lawan solicited the bribe from Otedola, the latter approached the SSS to record the hand-off as part of a “sting” operation. The attorney general referred the case to the police for further investigation. The allegations initially overshadowed the committee’s findings, but the EFCC continued with investigations at year’s end.

In May 2011 the EFCC arrested former minister of works and housing Hassan Lawal for 24 counts of fraudulently awarding contracts, money laundering, and embezzlement of 75 billion naira ($480 million). The case continued throughout the year, but the court adjourned the trial until February 2013.

In June 2011 the EFCC arrested Dimeji Bankole, former speaker of the House of Representatives, and Deputy Speaker Usman Nafada for the alleged misappropriation of one billion naira ($6.4 million) and 40 billion naira ($256 million) respectively. The case continued throughout the year, but the court adjourned the trial until January 2013.

On February 27, former Delta State governor James Ibori pled guilty to charges in the Southwark Crown Court in London to charges of money laundering and other financial crimes totaling 12.4 billion naira ($79 million) he had committed during his eight years in office. On April 17, the court sentenced Ibori to 13 years in prison. Soon after the court announced Ibori’s conviction, the EFCC issued a statement it intended to pursue a case against Ibori in Nigerian courts.

The FOIA, signed into law in May 2011, allows any person to request information from a government office. The office must grant access to the information, explain why access was denied within seven days of receiving the request, or transfer the request to the appropriate office within three days. The FOIA makes it the responsibility of all public offices to keep records and provides immunity for public officers against any form of civil or criminal proceeding for “disclosure in good faith of any information” pursuant to the FOIA.

The act provides a 30-day window within which anyone denied access by any public institution can bring the matter to court for a judicial review. The act includes a fine of 500,000 naira ($3,200) for any institution or public officer who wrongfully denies access to information or records. Destruction of records is a felony punishable by a minimum penalty of one year’s imprisonment under the act.

The US report alleges that, in Nigeria, “Massive, widespread and pervasive corruption affected all levels of government and the security forces.” While alleging that judges were not left out of the massive corruption ring, the report accused the government of not implementing the law on corruption effectively, thus deliberately allowing “officials (to) frequently engage in corrupt practices with impunity.” These are, possibly, part of what the Speaker of the House of Representatives, Aminu Tambuwal, saw when he cried out that the President’s “body language” encouraged corruption.

Indeed, the US report went far, but only to the extent of the period it covered, which was 2013. Since the beginning of this year, there have been allegations of missing funds, meant for the Federation Account, and for further distribution among federal, state and local governments. But, for alleging that about $12 billion – later $20 billion – had not been accounted for, the Central Bank Governor, Lamido Sanusi, was placed on suspension and a forensic audit ordered later. Why the hurry in suspending the CBN governor instead of investigating his allegations first? The government says the suspension will pave the way for the investigation of allegations of financial recklessness against the CBN governor.

Although both the Nigerian National Petroleum Corporation and the government said only $10.8 billion was unaccounted for, it is still a huge sum of money. Only a fraction of that money can build the Lagos-Ibadan Expressway, the East-West Road and the Second Niger Bridge. It is money that could have staved off the prolonged university teachers’ strike that nearly cost the institutions a full academic session.

The Nigerian government owes the people a duty to tackle corruption boldly by adequately funding the EFCC and the Independent Corrupt Practices and Other Related Offences Commission. Besides, corrupt individuals should never be allowed to go scot-free; that is the only way to stem the tide of impunity in the country.

Continue Reading
You may also like...
Related Topics:2014, corruption, nigeria, report, us