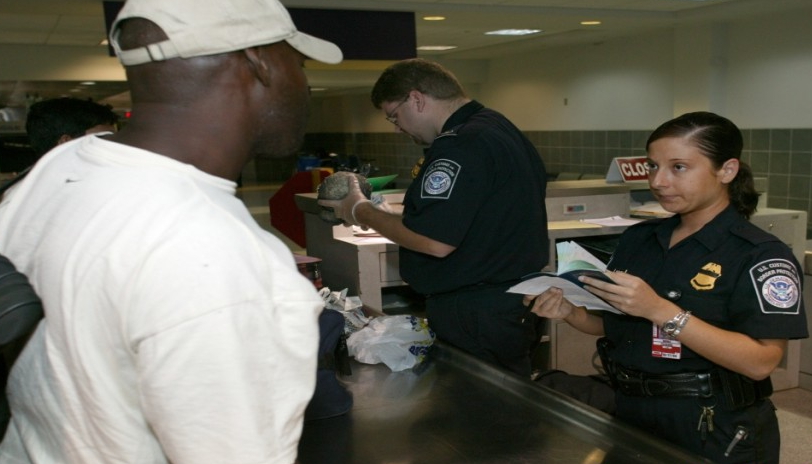 March 12, 2017 – US To Nigerians: Visa Does Not Guarantee You Entry Into The US, You Must Pass Interview At Point Of Entry

The US Embassy in Abuja earlier this week provided a possible reason for the deportation of a Nigerian believed to be a victim of the ongoing immigration overhaul by the Donald Trump administration.

Mr. Trump recently intensified a crackdown on immigrants from specific countries across the world, majority of them Muslim-majority countries.

But despite the U.S. State Department’s position that the new rules will not affect Nigeria, there have been reported cases of deportation involving Nigerians in recent weeks.

The U.S. Embassy maintained there are no restrictions on Nigerians with valid documents.

Mr. Russell blamed Mr. Olaniyi’s incident on a long-standing immigration policy that a visa does not guarantee entry into the United States, a practice he said remained popular amongst different countries across the world.

“However, many people are unaware of the fact that a visa does not automatically guarantee you entry into the United States,” Mr. Brooks said. “As is the case in most countries, all travellers are still subject to an interview by an immigration official at the point of entry.”

The official said U.S.-bound travellers must convince immigration officials that they had reasons to enter the country, adding that such officers should be given maximum cooperation.

“At U.S. airports, the immigration inspector representing the Department of Homeland Security is the official who actually authorises entry.

“The inspector must be convinced that the purpose of the travel is legitimate and he or she will have access to information concerning prior travel.

“We certainly encourage all travellers to be clear, consistent, and cooperative during such an interview.”

Continue Reading
You may also like...
Related Topics:deported, entry, Nigerians, us, visa