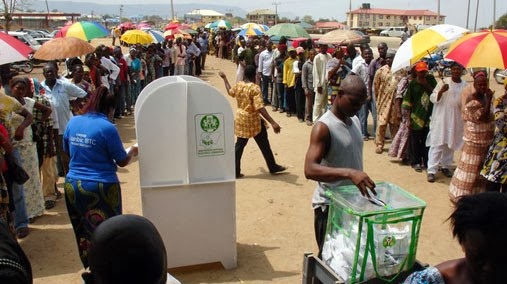 According to Saturday Punch, some apprehensive politicians and top members of the business community started relocating members of their families abroad late last year.

Many, it was learnt, are still moving their families out of the country.

According to findings, medical check-ups, short vacation, among others, are being cited by wealthy Nigerians as reasons for their trips.

Aviation experts told one of our correspondents that passenger traffic in Nigeria is usually low between January and March but that is not the case this year.

The CEO of a travel agency, who identified himself as Damian and did not want further details about himself or his company in print, said many of his clients had made bookings to travel abroad for fear of being caught up in violence.

Damian said, “It is true that there is an increase in the number of transactions we receive; many people are making bookings to leave the country.

“People are afraid; they fear that there may be violence after the election. Those making travel plans are mostly businessmen. I am also running away. I will leave before the election and return after the person who emerges as the president of the country has been sworn in.”

Similarly, a popular travel agency on Lagos Island told one of our correspondents that many managing directors/chairmen of some companies in Nigeria had booked their flight tickets in anticipation of leaving the country before the general elections.

One of the senior workers with the company, who simply identified himself as Thaddeus, said aside politicians who thronged the firm to buy tickets, many companies’ MDs and businessmen had bought tickets from the firm between November 27, 2014 and January 14, 2015.

Thaddeus named the United States, the United Kingdom and the United Arab Emirate as the most preferred destinations of the MDs.

He said, “Some politicians made arrangement to travel out of the country after the election, while many of the MDs chose to leave the country with their families a week before the poll.

“Before the political parties’ primaries held late year, we procured tickets for the families of some politicians and we believe that they must have left the country by now. The politicians started procuring their tickets from the first week of this month.”

The development, according to some travel agents who spoke with our correspondents, boosted their businesses.

In the South-East, some prominent Igbo politicians and businessmen have also decided to go for “vacation abroad.”

An aide of one of the members of the executive committee of Ohanaeze Ndigbo – the apex Igbo socio-political organisation – said his boss was among those planning to leave the country.

The aide who pleaded anonymity said, “I am aware that some politicians have already concluded arrangements to travel abroad after the election; some of them relocated their families out of the country many months ago.”

A travel agent, Mr. Nwaoka Iwe, who told one of our correspondents that he represents an Abuja-based travel agency in Enugu, also spoke of arrangements being made by politicians and businessmen to travel out of the country.