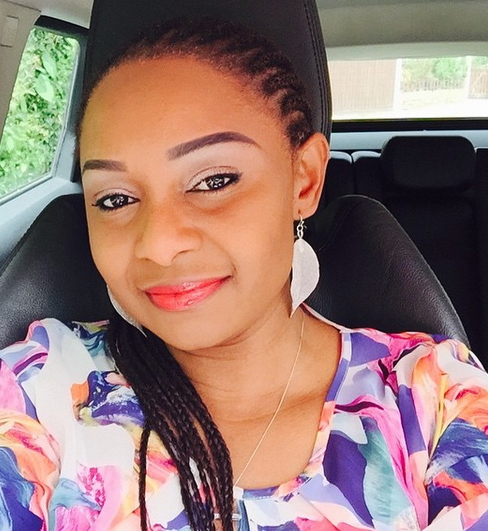 Nollywood actress, Victoria Inyama-Okri used to be one of the regular faces on the screen years back. Though she has not been active in movies like before, the mother of three has tried to remain in the heart of her fans via the social media.

The dark-skinned actress who made waves in the Nigerian film industries during the 90s with the soap opera, Ripples, moved out of the country after she got married, hence her disappearance from the screen.

Currently in London with her family, she is said to have been spotted on the set of Anthony Monjaro’s new movie recently, an indication she might be set to return to the screen.

She also made an appearance at the London premiere of EmemIsong’s movie Champagne, which held on Saturday, April 18.

The thespian, in an interview in 2010 when she paid a visit to her motherland, Nigeria, revealed that she does not see herself relocating back to the country.

She is reported to have attended a drama school in London, as well as the Lewisham Counseling School, London.

Continue Reading
You may also like...
Related Topics:victoria inyama nollywood