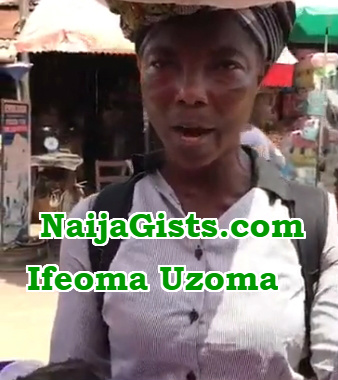 She is now working as a street hawker at Relief Market in Owerri Imo State.

The middle aged woman who reportedly returned home due to her failing mental state is said to be doing very well in Nigeria as she is monitored by family members. 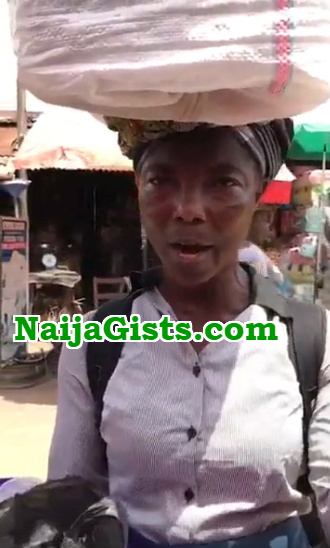 She sells a local condiment for soups (Ogiri) at the aforementioned market in Owerri, the capital city of Imo State.

According to a trader at Relief Market Owerri, Mrs Frankline Chioma, the hawker identified as Ifeoma Uzoma can be reached at 07034353457. 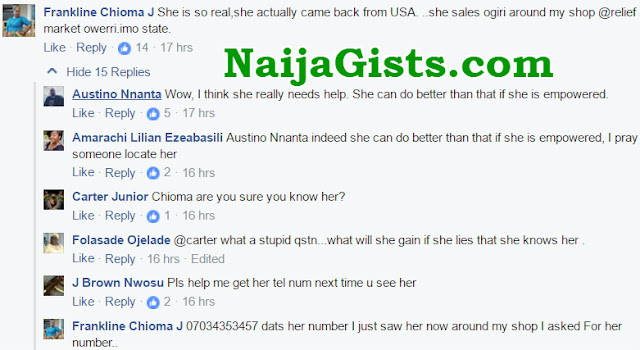 She became popular after a video of her marketing Ogiri in English and Igbo went viral.

Watch the trending video below: