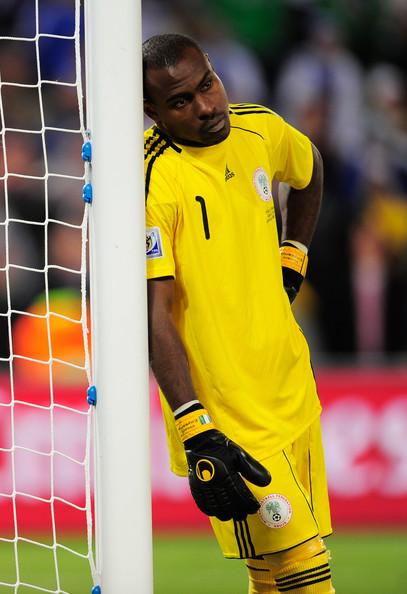 He lost his mother last weekend after a brief illness.

Enyeama has pulled out of this weekend’s 2017 AFCON qualifying match against the Taifa Stars of Tanzania to mourn his late mother.

“Vincent was only told of his mother’s death after his weekend game for his French club. With this, couple with the fact that as a catholic family the burial must be concluded in two weeks, he had to cancel all engagements including the game in Dar es Salaam,” revealed the source to THISDAY last night.

Eagles are here with the goalkeeping trio of Wolverhampton’s Carl Ikeme, Sunshine’s Ikechukwu Ezenwa and Enyimba’s Femi Thomas who was handed a last minute call up following the withdrawal of Enyeama. Its not yet clear which of the keepers will get Oliseh’s nod for the game tomorrow.