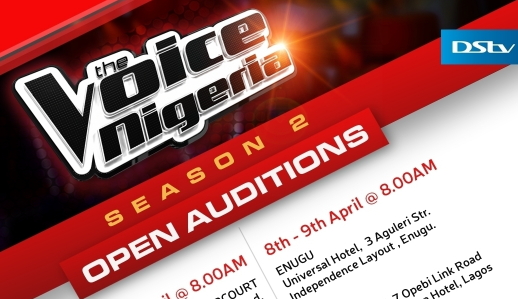 Another round of excitement, drama and intrigue as The Voice Nigeria, proudly sponsored by Airtel in association with Coca-Cola, returns for a second season exclusively on Africa Magic!

Auditions for the show begin on the 4th of April, 2017 in four cities across Nigeria.

Since its original launch in 2010, The Voice has gone on to win audiences in countries like the US, Australia and the UK, where renowned artistes have occupied the show’s famous red chairs as coaches.

The Voice Nigeria employs the same format including a panel of four coaches who critique the contestants’ performances and at the end of last season, A’rese of #TeamWaje emerged victorious after seeing off competition from some of Nigeria’s most exciting talents.

“We are thrilled to announce the second season ofThe Voice Nigeria. The first season proved to be hugely successful and popular with audiences not only in Nigeria but all over the continent, and our viewers should expect stellar performances by the artistes and all the familiar intrigue and excitement as the coaches jostle to pick the best performers.”

To stand a chance of participating in season two of The Voice Nigeria, prospective contestants need to visit the various audition venues in four cities across Nigeria: 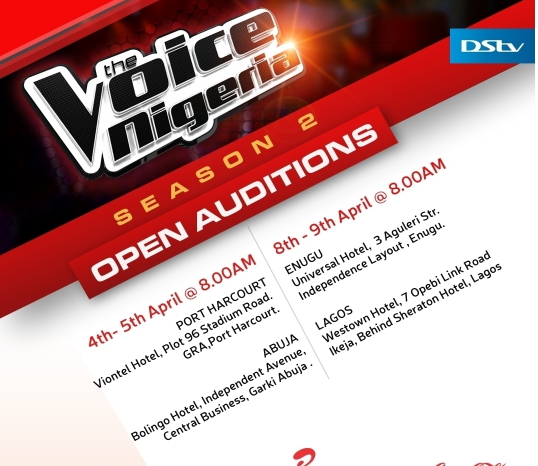