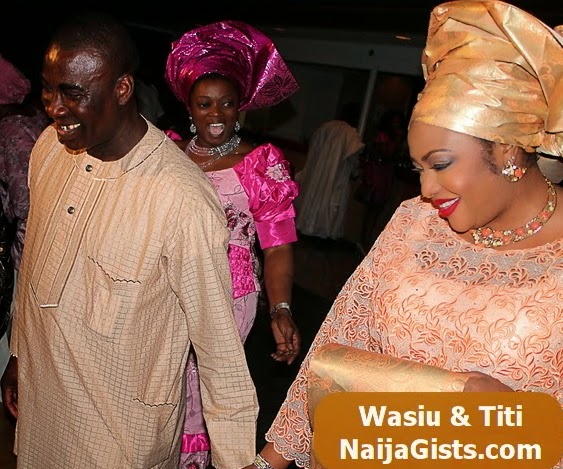 Two years ago, Fuji Legend Wasiu Anifowoshe Ayinde Marshal married a niece to his former wife, Titi Fathia Masha. He added Titi to his fleet of wives and concubines in 2012 after impregnating her.

In a recent interview with PunchNG, the Fuji musician who said he is a happy polygamist compared himself to King Solomon who has 300 concubines and 700 wives. 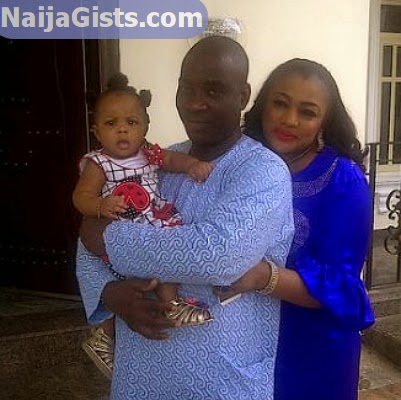 He challenged his accusers to first talk about King Solomon before accusing him of marrying several wives.

Interviewer: You don’t always want to talk about the number of wives and children you have. Don’t you think that there might be a heavy ‘war’ amongst your family members when you are gone from this world?

Wasiu: When King Solomon in the Bible died, there was no issue among his wives and children. If it didn’t happen in the time of Solomon, it will not happen in my time. How many kids do I even have? How many women have I known? There are so many people out there who even have more than we can ever think of. It is on record that Solomon had 700 wives and 300 concubines. If somebody like Solomon wasn’t crucified during his time, why do you have to talk about me? How many women have I ever touched? How many children do I have? Before you talk about me, let people talk about King Solomon.

Interviewer: Do you regret being a polygamist?

Wasiu: No way! I don’t have any regret at all. I was born into it. I practise it very well and I am enjoying it. That it didn’t or doesn’t work well for some people doesn’t mean I should complain about it. My marriage is beautiful. I am enjoying my marriage with Fathia. She gives me joy and she gives me reason to be thankful.

Interviewer: So she doesn’t mind that women are all around you?

Wasiu: Every woman married to a man in my kind of profession should understand the nature of the job. Fathia, my wife, is just the lucky one. She is lucky she is the one I have pronounced. So many women are out there and they want me to pronounce and profess such to them. But she is the chosen one. I am proud to say she is my love. She earns it. She gives me support and understanding.

Wasiu and Titi Marsha (Fathia) have two children together.

In total, the Fuji star has 3 known wives, several concubines and 39 children.

Entertainment fillers say women are rushing K1 because he is well endowed with ….##lips sealed## (Get the gist?)