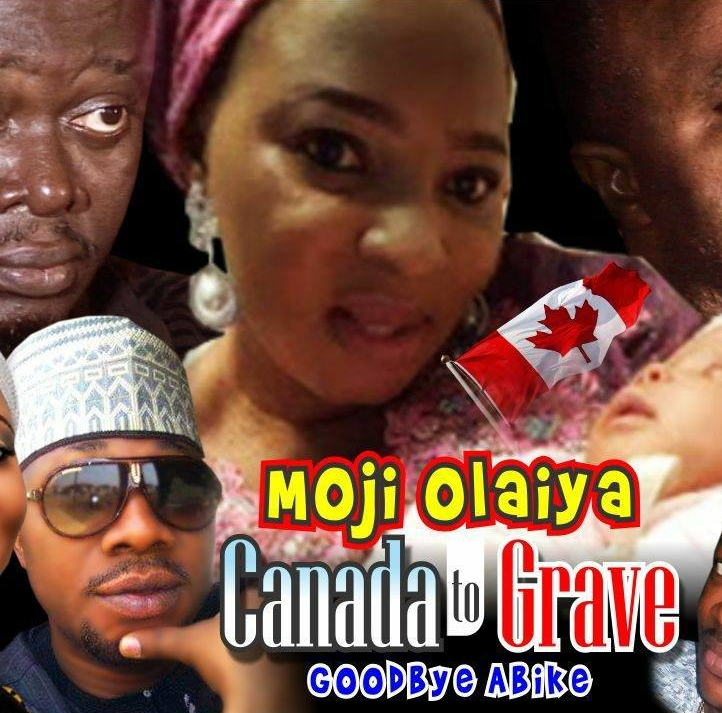 A movie with an insensitive title centered around the controversial death of Nollywood Yoruba actress Moji Olaiya has been released.

The movie titled Canada to Grave produced by Gbenga Adewusi of Bayowa Films was released today.

Mixed reaction has trailed the untimely release of the documentary which many Nigerians and fans of the actress are talking on.

Though Bayowa allegedly promises not to sell the movies to offline marketers, Nigerians are however not happy because of the indecent and tasteless title of the movie.

In his response, Gbenga Adewusi said the movie will not be available for sale offline but will be viewable online by Yoruba Swaga TV viewers.

Watch the documentary video below