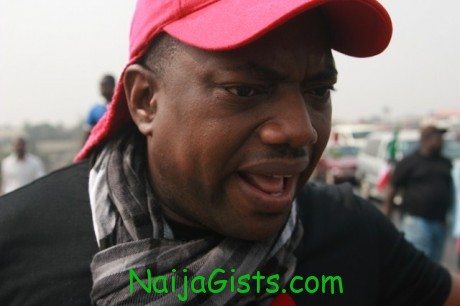 As I watched the events of the last 36hours unfold, I have had to explain to my wife and children why I am so silent, so angry and so sad at the same time? naijagists.com

My silence comes from being in awe as I witness the unprecedented yet amazing collaboration of MILITARY and MILITANTS in accomplishing a common goal… to silence the voice of the people.

I am so angry that precious lives have been lost as ordinary citizens protested against an unjust policy that was clearly not thought-through and yet, our President describes these fallen heroes as the ‘adverse effects’ of the protest.

I am angry that our President made so many open-ended promises without clear deliverables or deadlines and thought we would be gullible and simple-minded enough to say OK.

I am so angry that in a hard-earned democratic dispensation, our elected officials went into the barracks and cantonments to invite the very same soldiers (who we fought to return to the barracks) unto the streets against unarmed protesters while armed bandits, militants and terrorists express themselves freely without being muzzled by the military might of our government.

But then I am also very sad because I’ve watched this charade play out itself many times before (without the novelty of the military and the militants.)

Like I articulated in my Facebook message (of January 5, 2012,) on this issue of fuel subsidy removal, this script has been acted out too many times for us to have forgotten how the charade ends.

Government (hints but) suddenly announces the increase in the pump price of petroleum products.

The people are angry about Government feeble excuses and explanations asking people to pay more because they can’t confront the corrupt system that makes it unsustainable to keep fuel prices low.

Organised labour and trade union sense that it is time to bring out the capes and harken to the people’s cry for super-heroes.

You know the rest of the story… don’t you?

Government gets a court injunction restraining labour from embarking on a strike.

Labour disobeys the unjust injunctions and go out to exercise their constitutional rights to call an unemployed populace to mass action.

The youth, the homeless, the poor and the unemployed come out en-mass and protest.

Labour makes public declarations of the position of the people.

Government invites labour to closed door meetings. Something (we call negotiation) happens behind the closed doors.

Labour emerges from closed door meetings and declares a deadlock.

Government goes ahead to REDUCE but NOT REVERSE pump price.

Labour suspends strike. Employers are happy to get their staff back to work. Everybody gets back on the Rat Race (All motion, No Movement…I think the better way to put it is win-win!!!

The only people that lose and suffer are the poor and unemployed who we all said would lose more if we continue the struggle against pump price increments.

We never go ‘backward’ to collect our stolen funds from the corrupt officials and the cabals well known to the government.

Rather, we choose to go ‘forward’ to rob our poor, feeble and voiceless forever and forget them until it’s time to bring them out to ‘negotiate’ another unjust policy.

So we are back to where it all began…

ASUU continues its strike and no one notices the degenerating young minds wasting away in our homes and on our streets.

LASU school fees still increased by 900 per cent and admission now costing N250,000 for newly admitted students seeking an education to prepare their minds for the future.

The Nigerian Medical Association and doctors must now return back to their death centres (oops.. I meant health centres) and continue to watch helplessly as hopeless patients die from preventable systemic decay rather than the diseases that brought them to the hospital.

Some of us will now go back to the LEKKI TOLL GATES and continue to pay toll, since we now have protest-fatigue. In any case, no one remembers why we were fighting against the unjust tolling of a road that was built by LKJakande with tax payers’ money and now refurbished by concessionaires. What’s the big deal? Let the government continue to collect our taxes to build other roads and we continue to pay tolls to drive on our own (sorry…LCC’s) road.

Really…I am sad and angry because after all said and done; nothing has changed… except for the price of fuel from 65 to 97Naira per litre.

Still no refineries, no good roads, no power, no portable water, corrupt officials still in office as they continue ‘partnering’ with their cabals.

So when is real change going to come?

As I stated in my earlier message on Jan 5, 2012, the change we need is not just policy. It is in the quality of mind and persons at policy making positions.

Without a doubt, our change will come the day our Brightest and Best minds silently RESOLVE that Enough is Enough of mediocrity in policy-making positions and begin to prepare to occupy positions (and not just parks) through the electoral process.

So how will we effectively deliver sustainable desired-change?

WE NEED A CRITICAL MASS OF NEW NIGERIANS TO TAKE HOLD OF EVERY LEVEL OF POLICY MAKING POSITIONS BY 2015. Not a few good men and women whose voices will get drowned in the cacophony of mediocrity.

Let our brightest and best brains begin serious preparations NOW. Don’t wait till 2014 to decide you want to make a change by running for office in 2015. It will be too late if you don’t start NOW!!!!

As we keep up the pressure for good governance, let another set of emerging leaders (with a heart for the nation and a love for the people) arise and begin to prepare for 2015. We must encourage, train, mentor and empower the right people to go where few dare.

I have committed my life to raise and prepare as many exemplary leaders of excellence to take over the various policy making positions at all levels of governance (federal, state and local)- executive and legislative.

This is only the beginning of a long and arduous journey. The real Nigerian spring is going to be in April 2015.

Until we change the quality of people in policy-making positions, we won’t yet have real and lasting victory.

Don’t get it twisted… The 2015 elections is going to be the opportunity for the real Nigerian Spring.

The real question is …Will we be ready to bring the real change we’ve always desired with the same zeal and fervour as we show now?

The struggle continues today, tomorrow and forever. We WILL deliver the future!

God bless you and God bless the Federal Republic of Nigeria.