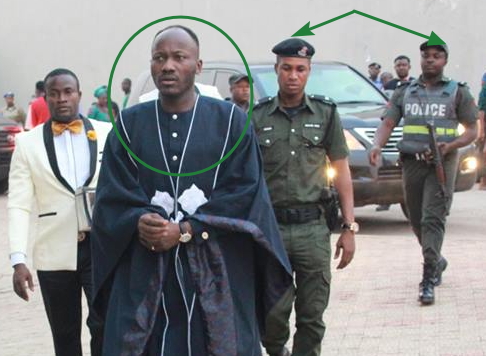 Feb 1st, 2018 – Who Is After Apostle Johnson Suleiman’s Life? See His Police Escorts And Bodyguards [PHOTOS]

The Auchi miracle-man who is trying to prove to Nigerians that someone somewhere is after his life was spotted in the midst of police escorts in his last church programme .

As the “Miracle man” arrived his church on Sunday, police escorts were seen opening the door of his vehicle while several others surrounded him as he walked into the church premises.

Nigerians on the social media were quick to criticize him for moving around with security escorts while selling holy oil and stickers to his church members for protection. 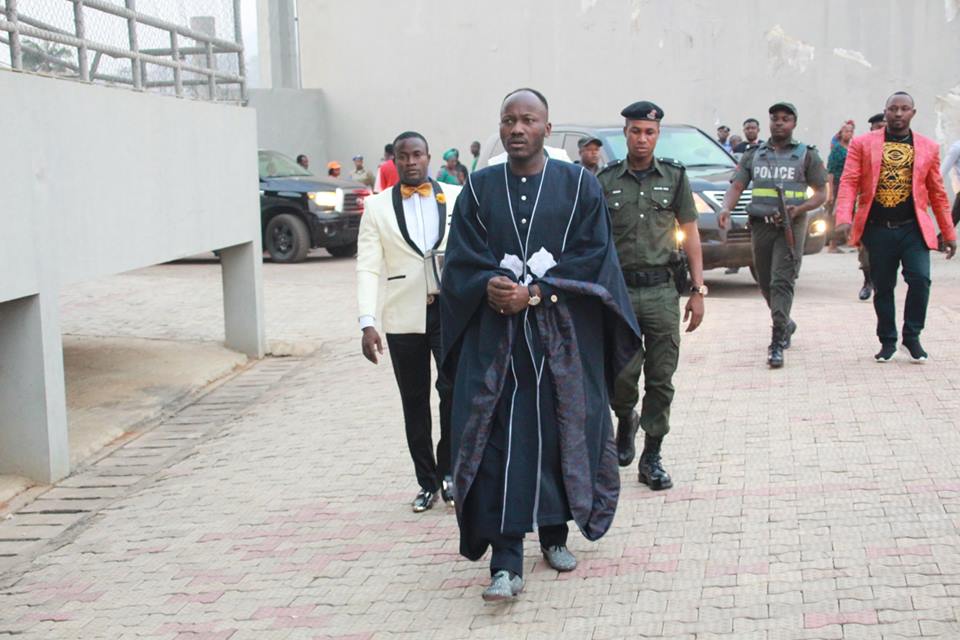 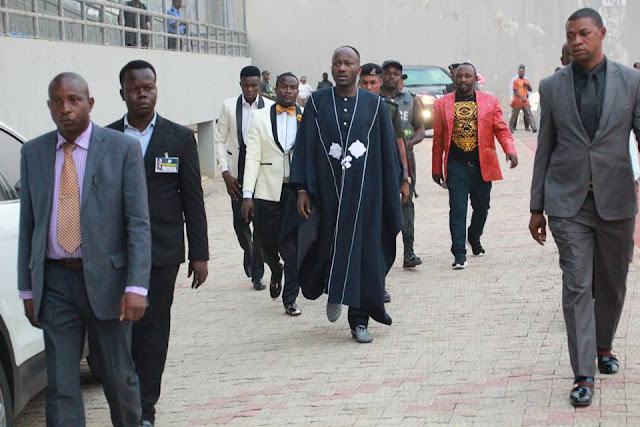 Here are some reactions his new move generated online; 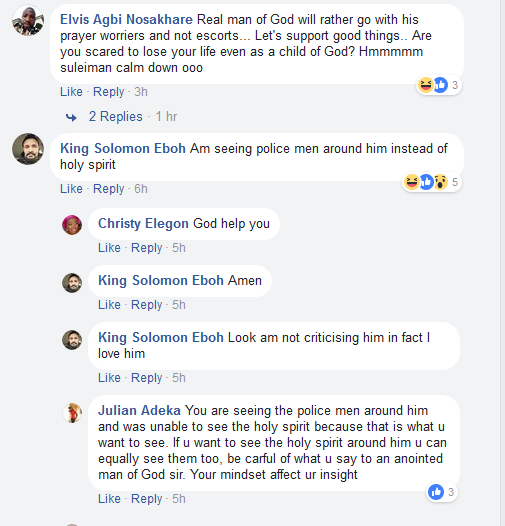 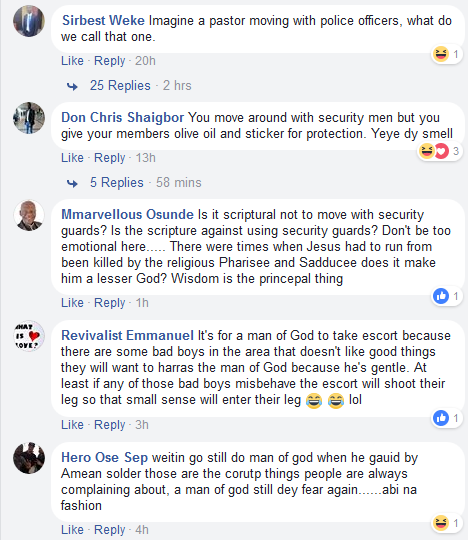 It seems Suleman is indirectly telling Nigerians that someone is after his life to further make Stephanie Otobo’s fake confession look real.

Continue Reading
You may also like...
Related Topics:apostle suleiman, life