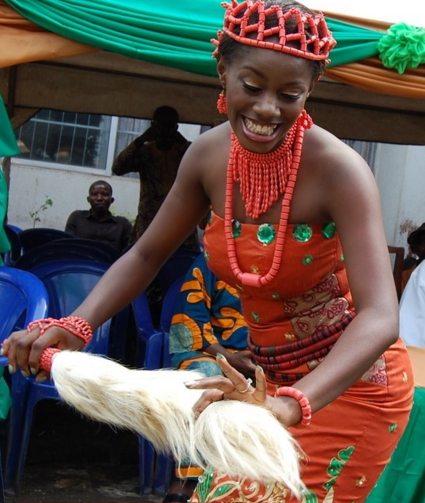 The institution of bride price was carefully designed by some affectless tradition to cow the womankind into subjugation-weaving an intricate mat of destiny’ pathway.This is often shrouded in intrigues and repression upon which she must tread. As a child, tradition pulled the usual wool of ignorance over us and compelled us to accept without question whatever we were told was the norm. Tacitly, I saw bride price as the spirit that joins the body-man and the soul-woman together in a solemn wedlock. It was the high point of any traditional wedding ritual.

For me, it was a sacred ritual as I never witnessed. First hand, the often messy divorce case. At a point, it became clearer to me that the female gender to a certain extent, has the same character-traits like Christ: long suffering, full of love and so unassuming. She is the tender and emotive part of man that was made flesh. God left a tiny, little fraction of this tender part in the man just for him to retain a semblance of human and humane feelings, else, he would degenerate into a complete animal, as I saw a man beat his pregnant wife almost to coma and others maltreat their wives and still, they humbly remain loyal in their husband’s house. But as time went by, my belief in the solemnity of the ritual began to flag. I began to wonder if my beliefs 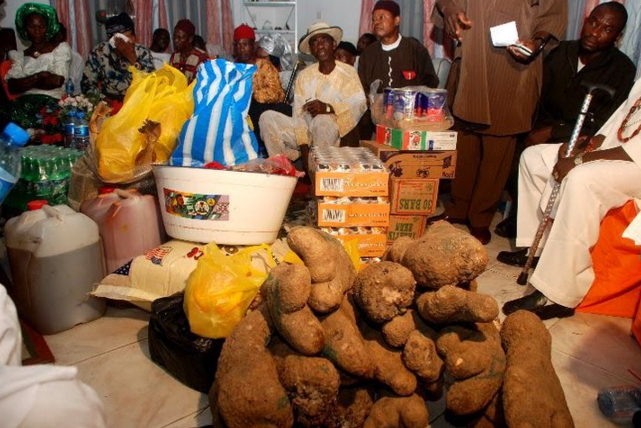 were true and if what I thought I had known were founded on real solid grounds or on vague imaginations of a growing child as divorce became the order of the day. As an adult, the institution of bride price began to lose its value as modernization crept into our traditions and cultura practices. The real meaning of bride price became distorted by selfish interest and greed. Parents began using it as an opportunity to get rich and make up for the money they expended in training the girl and turning her into a commercial object It became obvious to me that the huge amounts parents ask from their daughters’ suitors play a role in the domestic abuses in marriages. It has a serious adverse effect on the woman in giving proprietary rights to the man over his wife. It became a tool to making a woman submissive and powerless.

The truth is that ass maturity of mind rivals my rustic innocence, I began mocking my old beliefs and queried myths and ancientnorms/taboos as the truth unveiled itself. Bride price was actually a point of subjection for womenfrom the old times- a tool of enthrallment. A woman must submit her body whenever the man desires-not love, but a duty. She must, importantly, bear male children, and she must also do everything the man wants rightly and at the right time, or else she will be beaten up, insulted, humiliated, or bereviled as a slave. And this is the untold work of bride price which has made the wife the slave, her father the middleman and the husband the slave master. The groom pays the bride price as demanded by the girl’ family in exchange for the bride, because if the bride price is not agreed upon, there will be no marriage. In case the woman wants to divorce the man due to brutality and others similar mistreatment, the bride price paid to the bride’s father must be returned to the husband, notwithstanding the duration of the marriage or the children involved If the wife’s family is unable to pay back the bride price to the husband, the wife remains the legal wife of the man forever and cannot get a divorce. If the woman goes ahead to marry another man, any child gotten in her new marriage belongs to the estranged husband because she is still legally/spiritually/traditionally married to him. This means that bride price has a strong spiritual hold against the woman, so it must be reconsidered.

The reasons for high divorce rate in this present time are legion. Women are fast becoming breadwinners or associate breadwinners in our homes. So, if divorce becomes inevitable, she is able to return the slaver money which is called bride price and regain her freedom. The rate of enlightenment today, sued by technology especially, the advent of social media has made many men and women to be so conscious of the rights in marriages. in some cases, disagreement is based on irreconcilable differences that ought not to have arisen in the first place. But because of what each person holds on to, the spouse refuse to reach to a common ground. These are avoidable issues that have wrecked many marriages these days.

I have always wondered why the family of the woman is made to return the bride price while the men are never asked to make any restitution or be made to pay remuneration. In marriage, women have a lot to lose: their body, mind and self worth, but men have absolutely nothing to lose. It is therefore clear that bride price is another traditionally instituted means of women denigration and should be given a second thought.If the institution of bride price is not intended for the subjection of the female gender in Igbo land, then it most not be returned to the husband in the case of a failed marriage, but if such practice should continue, it is, of course, a point of enslavement and should be stopped.

I wish to state that the goals of my activism is to point out the underlying causes of women denigration in our society that seem to have eluded us in years past and proffer a solution so that the girl child will not be put through such subjection. I also wish to see a society that is truly of, by and for the people, not just patriarchal society.