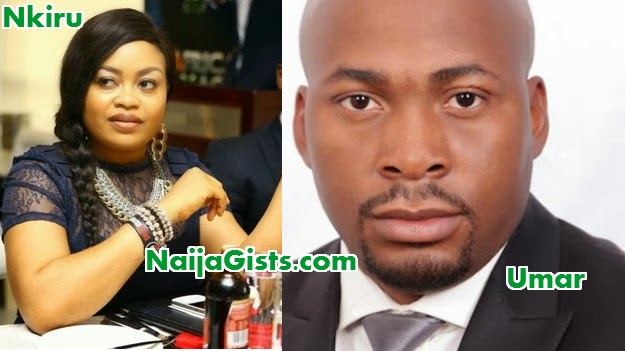 Nollywood actress Nkiru Sylvanus is having a hard time making up her mind on who to marry.

The actress was first linked with an aide to Vice President Sambo’s aide, Umar Sani.

She reportedly married him while his now late wife, Hajiya Sahura Umar was receiving treatment at an hospital in Egypt but she later debunked it. The wedding reportedly held in January 2013.

However, sources close to Umar Sani told NaijaGists.com that Nkiru broke up with him less than two weeks after their secret traditional marriage because she’s afraid of sharing Sani’s bed with another woman.

Sadly Umar lost his 32-year-old wife in June 2013 close to six months after Nkiru left him.

See photo from her secret Nikkai ceremony below: 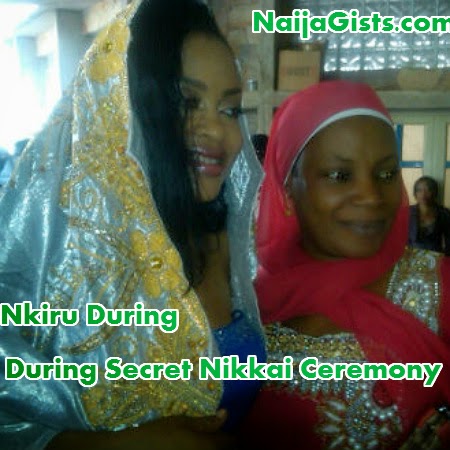 Several months later, Stanley Duru came back into her life and she accepted to marry him but when Oge Okoye’s people told her the kind of man Stanley Duru is, she was said to have called off the marriage at the last minute.

A source close to Nkiru said the actress told family members that she would rather remain single for life than to marry a womaniser like Stanley Duru and that was how her marriage plan was cancelled at the last minute.

Yes she is no more married to Stanley Duru because she called it quit.

I hear she has visited virtually all the media outlets in Nigeria with make-believe story to debunk the viral marriage story.

My source claims Nkiru Sylvanus is blaming herself for accepting Stanley Duru back into her life after he left her for Oge Okoye several years back.