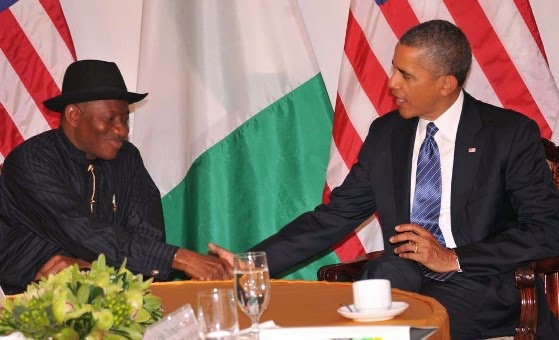 April 20, 2014 – Why US President Barack Obama Refused To Visit Nigeria By Perry Brimah

Barrack Hussein Obama is not only the leader of the most powerful nation on earth, but he is the celebrated black president of the United States. Love him or not, he is at a pinnacle for the black race on the earth today. However, the black president of America has thus far refused to visit the biggest black nation in the world and by all projection, will not do so till he completes his second term as U.S. president if things remain the same with Nigeria. Why will Obama not visit Nigeria? Here are some of the reasons: 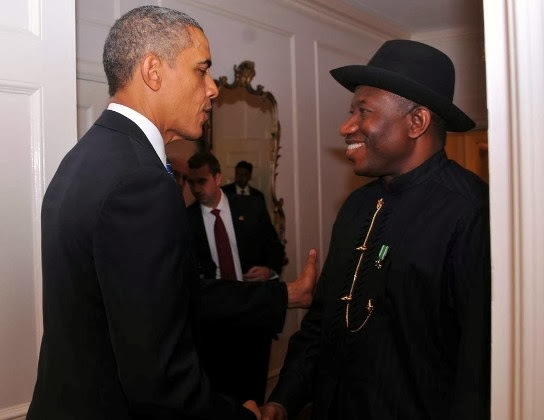 The Nigerian government is a bunch of bandits.

The military leadership of the nation aids and abets terrorists.

The military leadership of Nigeria lies that it has freed captive girls.

Repeat: The military leadership of Nigeria lies that it has freed captive girls.

Nigeria’s military chiefs, ministry of defense and heads of state security lead the deliberate massacre of innocent civilians and soldiers.

Abuja, the nation’s capital is the residence of thieves and hideout of terror sponsors.

Abacha, a dictator, killer and treasury looter is honored in Nigeria.

Bayelsa, the home state of Nigeria’s president is the most toxic piece of land on planet earth with 40 oil spills recorded every month.

Nigeria pollutes the sea more than any oil producing nation on earth.

There are more kidnappings in Nigeria than any nation.

Nigeria currently hosts the most dangerous high sea piracy events on the planet.

Nigeria this 2014 has succeeded in scoring the highest number and worst cases of death and violence from terror than any nation on earth.

Nigeria’s youth are the most deprived on the planet, considering the nation’s immense wealth.

Nigeria’s government steals from almajiri (beggars), the youth and unemployed to give to the government bloated thieves and Cabal.

Nigeria is the only nation on earth that rather than developing is regressing.

Nigeria has achieved the highest level of government corruption ever recorded in the history of planet earth.

Not only is Nigeria’s government clueless, and recklessly hopeless, but so are its people also recognized to be for permitting such a Cabal regime and system to remain in power.

There have been civilians like Gandhi and soldiers like Rawlings who have walked their nations out of the mess, but of its 168 million victims of the treacherous, lootocratic fourth republic, Nigeria does not have a single civilian or soldier, talk less thousands willing and able to deliver its children, elders and most helpless.

This is why president Obama does not only not visit, but does not even talk of or remember Nigeria, a nation in a new dark age.

About the author: Dr. Peregrino Brimah, https://ENDS.ng [Every Nigerian Do Something]
Email: drbrimah@ends.ng Twitter: @EveryNigerian

The views expressed in this article are the author’s own and do not necessarily reflect the editorial policy of NaijaGists.com.