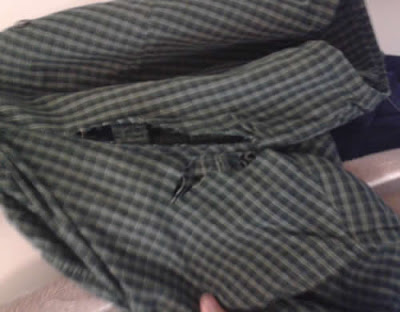 Mrs Adenike Rodoye, a 44-year-old businesswoman has lost her marriage of 20 years to her husband, Durojaiye, because she was always tearing his boxers so as to rape him.

“My wife has turned my boxers to rags as she always tears them to rape me,” he told an Igando Customary Court in Lagos State on Thursday.

The president of the court, Mr Adegboyega Omilola, after he had listened to the couple, said that he was convinced that they could no longer live together as husband and wife.

Omilola said that he had to dissolve the union after the petitioner had insisted on the divorce.

The president added that several interventions made by him to reconcile them felt on deaf ears.

“This court has no choice than to dissolve the union in spite of the fact that the wife still claims she loves her husband.

“Both parties are no longer husband and wife, as the marriage has broken down totally, they are free to go their separate ways,” Omilola ruled

Earlier, the 56-year-old-petitioner, Durojaiye, alleged that his wife was always threatening his life through beating and that he was afraid she might kill him one day.

“I had to run away from my 22-flat building to rent an apartment elsewhere just to avoid her frequent beatings, but she trailed me to my new apartment to fight me.

“I had reported her in the past to different police stations, but it did not yield any positive result,” he said.

Durojaiye, a pensioner, also alleged that his wife poured hot water on the new wife his family married for him from the village.

He begged the court to end their 20-year-old marriage, saying he was no longer in love with his wife whose actions had continued to endanger his life.

“Please, separate us before my wife kills me, my life is not safe with her, I am a pensioner, I need to enjoy the fruits of my labour,” he said.

However, the wife, Mrs Adenike Rodoye, 44, a businesswoman, denied all the allegations leveled against her by her husband.

She alleged that her husband was a womaniser.

“My husband runs after anything in skirt; he always sends me packing from the house whenever he wants to bring in another woman.

“He once sent me out with the children for three years.
“After sending me out, he had married six different women, but none stayed long with him.

He was always begging me return to my matrimonial home later,” she said.
The mother of five said she never raped her husband, adding that it was normal for husband and wife to make love.

The respondent also denied ever beating-up her husband but alleged that her husband was always beating her.

Adenike said that her husband removed the plasma television set, the air conditioner and disconnected the electricity supply from her flat, leaving her and the children in the dark.

She said that Durojaiye also fought with her pastor on several occasions and even arrested him with police.

Adenike said that the development led the church’s leadership to ban her from worshipping there.