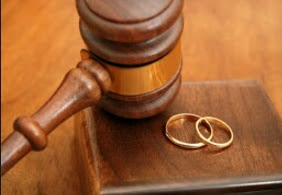 March 10, 2016 – Wife Divorces Husband Over Inability To Satisfy Her In Bed, Drama In Abuja Court As Couple Exposes Dirty Secrets

Today Thurday the 10th of March 2016, a Lugbe Grade 1 Area Court, Abuja,dissolved 10 months marriage between Usman Aisha and her husband, Ibrahim for starving the wife of sex.

In his judgment, the judge, Mr Garba Ogbede, said that the marriage had broken down irretrievably and efforts to reconcile them proved abortive.

“The couple can no longer stay together because the marriage has broken down totally; both parties are no longer husband and wife, they are free to go their separate ways.

“Both parties are to keep the peace all the time; any violation of the order should be reported to the police for redress,” Ogbede held.

Aisha of Aco Estate, Airport Road, Abuja, had approached the court for dissolution of the marriage because Ibrahim refused to satisfy her during love making.

She said that she spend one month with Ibrahim after their marriage and he always arose her but refused to satisfy her when making love to her.

“ I pleaded so bitterly to him to satisfy me but he refused to change,’’ She said.

Aisha said that whenever she called him so that they could sit and discuss the issue, he would threaten to beat her.

She said that she had reported the matter to both parents but nothing changed.

“I intentionally left our house for months after he refused to change but he never care to look for me.

“Though when I was with him for one month, he feeds me well, but when it comes to sex matters it will turn to fight. I am a woman and I have feelings for him.

“He has failed in his matrimonial obligations, I am totally fed up, please sir, separate us. I am no more interested in the marriage,’’ Aisha added.

She begged the court to dissolve the marriage because she did not want to offend God and to enable her move on with her life.

Ibrahim denied all the allegations but conceded to the dissolution of the marriage because he was also fed up with the union.

“I take good care of her and provide all she wants. Please my Lord, do as she wishes, I have tried my best to settle with her but all my effort prove abortive. I am also fed up,’’ he said.