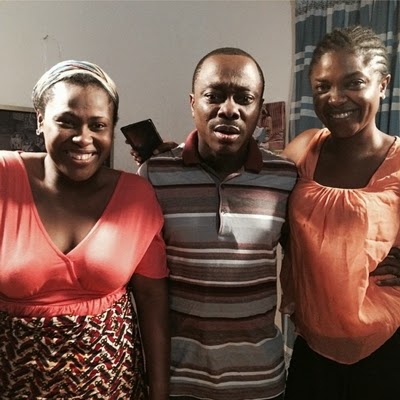 Nollywood movie producer and actress Uche Jombo is currently on the set of a new comedy movie titled Wives On Strike.

Other celebrities who starred in the upcoming movie include Kenneth Okonkwo, comedian Julius Agwu and actress turned-movie producer, Omoni Oboli. See clips from Wives on strike set below: