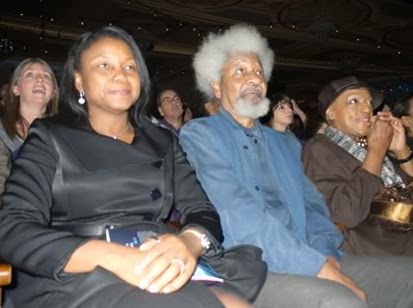 Mrs Folake Soyinka, the third wife of Nigerian Poet and writer, Wole Soyinka recently had an interview with The News Magazine where she talked at length about her romance with the Nobel laureate.

Folake Soyinka said she met him at the University of Ife. Read what she told The News.

On How She Met Soyinka & Their Courtship, Folake said:

“I knew he liked me from when I was in the University of Ife but I was young and he was so accomplished so I was kind of worried. After I left Ife and went to do my NYSC in Kaduna state, Dr Biodunjeyifo came to visit me and said Kongi (Prof Wole Soyinka) had been looking for me. After the service year, Dr Yomi Ogunbiyi who was at the Guardian got me a job there and one day, Wole stopped by. Our courtship was interesting”

Soyinka Is A Dramatist & A Good Cook

“He cooks and he is quite good at it. He even cooked about two days ago. When the boys were really little, one day in California, he called all of us to the kitchen and said he wanted to have a family meeting. They were so young I don’t even think they had any concept of what a family meeting was. He lined all three according to their heights and asked me to sit. He said he has something to tell us and he was only going to say it once. He whipped some cooking utensils, moved them around noisily in the pot, threw some up, caught them performed a few tricks and then told us to listen. He said there were only three people in the world who can cook pasta like he does; one is dead, the other is in Silica, Italy and he is the third one and he is going to cook something that we have never eaten. He cooked pasta that day and we truly enjoyed it. True dramatist.”

On Her Parents’ Objection To Relationship With Famous Soyinka, Folake said:

“There were objections from everywhere except from my sisters and brother who were happy if I was. I also had the support of his siblings here. My parents along with most of my relatives objected, not because of anything, they just felt he was too famous and too accomplished. They worried about that. But within a few months after we were married, my parents had changed their mind and they loved him until they passed away. His close friends didn’t have a problem with it but also everyone had an opinion. Then came the Nobel Prize in 1986 and that derailed everything for a couple of years. More than a quarter of a century later, those opinions didn’t count, we are still trudging along. I have enjoyed love because of him”

Check out photos of them together over the years. 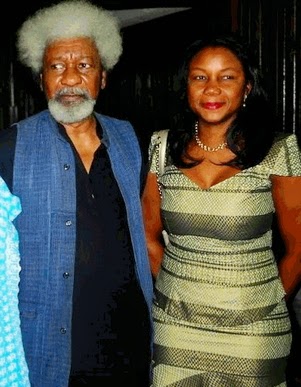 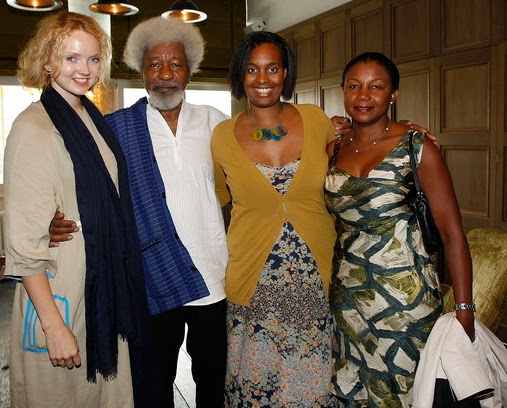 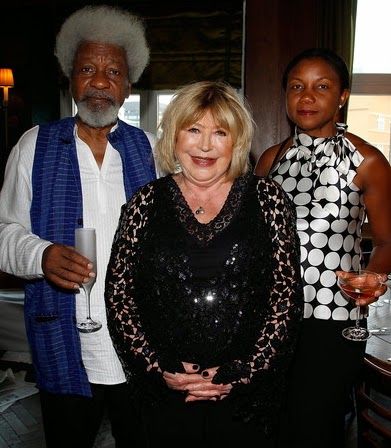 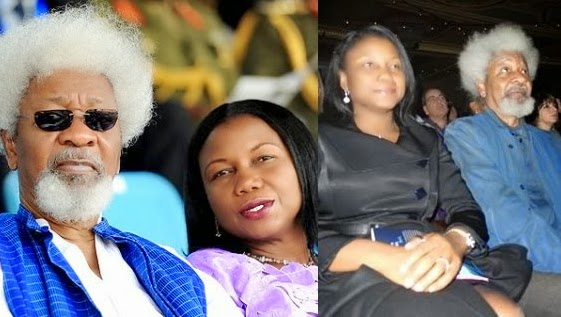 Soyinka has been married thrice, and divorced twice. His first marriage, a short one, was to Barbara Skeath. (a writer of English courses, Institute of Adult Studies, University College, Nairobi, Kenya, now late, died 2000s), an English lady who gave birth to his son OLAOKUN, his first child and son (now a medical doctor), in November 1957. Barbara and Soyinka met while he was at Leeds, where he also later did his postgraduate studies and they had both finished with a Second Class Upper Division.

His second wife was a librarian (worked at UI and Olabisi Onabanjo University until her retirement after 36 years service) and they met at UI where she was admitted to read Arts. In 1963, he married former Miss Laide Idowu from Ijebu-Omu (where she was made the Iyalode). Their wedding was well-attended and guests included the late Bola Ige and wife, Atinuke Ige, Muyiwa and Bolanle Awe and Peggy Harper. They would later divorce in 1985. However, their court wedding after Moremi’s birth had just two witnesses: Fehintola Sonuga being one of them and Dapo Adelugba was the other. When Soyinka left for OAU to work, he left Laide with the kids back in Ibadan. She stated that the late Chinua Achebe also met his sweetheart, Christiana (her colleague) in UI, just about the time Soyinka was ‘toasting’ her (Laide). His imprisonment during the war had its toll on their union as it fell on her alone to take care of the whole house. According to Professor Olumide Awe, a friend and fellow Pyrate, the credit for his meteoric rise in the literary world should go to Laide, the ‘unsung heroine’.

His third and present wife (pictured above) is Mrs. Adefolake Soyinka (nee Doherty), his former student at OAU who teases him as a ‘visiting husband’ and he describes himself as an ‘absentee father.’ They married in 1989 and have three children. He dedicated his memoir, You Must Set Forth At Dawn to her.