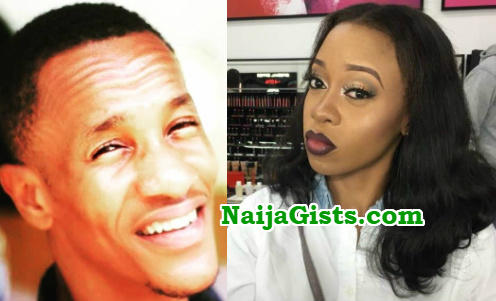 A strong spiritual signal emerged yesterday as late Davido’s friend Tagbo Umeike was being buried in his hometown in Anambra state.

A lady with Instagram name @digwe claimed the spirit of the dead socialite appeared to her in the wee hours of Thursday the 19th of October 2017 sending her to deliver a message to his killer.

The lady who disclosed this on Instagram said she has never met the deceased in real life, wondering why he chose her deliver a message to his killer.

In an Instagram post the person put up, she indicated that a woman killed him with diabolic powers. 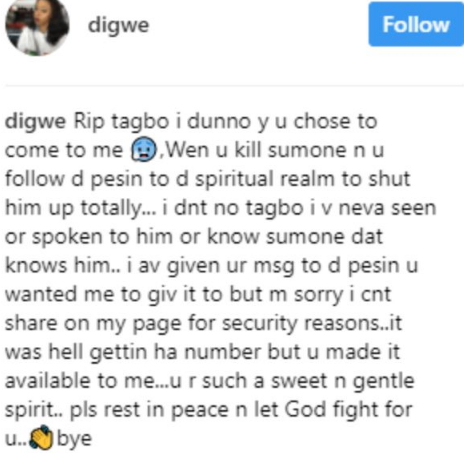 Shortly after his death, it was alleged that the guy practically drank himself to death. 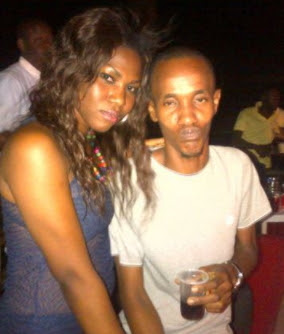 Rachael Oniga: Nollywood Actors Don’t Like Each Others, I Don’t Party With Them To Avoid Problems
Zack Orji: Why I Quit Smoking, Stopped Taking Indian Hemp & Rejected Cultism