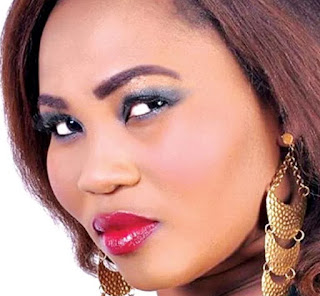 A reliable Nollywood insider based in Atlanta who leaked the arrest of popular Nollywood actress Yewande Adekoya said the mother of two has completed her house confinement term and has secretly returned home for urgent damage control.

Our source who was fully aware of her arrest said the disgraced actress who has been threatening to sue bloggers who covered her arrest story is not in the right state of mind now as her ordeal in Atlanta Georgia almost broke her spirit but her determination to overcome her ordeal is what gave her the strength to come forward.

Though she didn’t intentionally commit fraud, our source said she was a victim of wrong association with some Yahoo boys who allegedly who used her influence to commit crime.

To cut the long story short, the actress has secretly returned to the country and has been granting interviews to cover up her arrest.

In her interview with FRESH FM Ibadan,monitored by NaijaGists.com source, the actress said she was denied visa to the US in order to cover up her tracks but she ended up fooling herself.

Little did she know that it is a matter of time before her dirty secret comes open again.

Our source said her next stop is Amuludun FM in Moniya Ibadan.

Till now, Yewande Adekoya has refused to honour NaijaGists.com interview invitation because she knows fully well that her dirty secret is not hidden to our sources.

She has every right to defend herself but not against the fact on ground as this can further mess her up.

It is just a matter of time before her secret come open if care is not taken.

Last year when another actress Lola Margaret was arrested in Atlanta for bank transfer fraud, she initially attempted to deny it but went into hiding when her arrest mugshot was released.

Nollywood celebrities must be careful with fake promoters looking for preys. 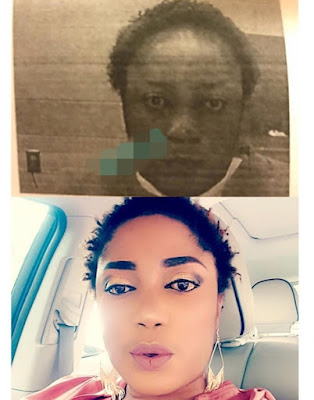 Yewande Adekoya’s case is totally different from others as she was only given house arrest by the court after Atlanta Police arrested her for a fraud related case.

Our source in Atlanta said she has paid the confinement fee and was cleared by the court before she returned to Nigeria.

The source added that if her house arrest is a pre-trial confinement, she may not be chanced to return to Nigeria.

Her plan to shoot a movie in the United States has been cancelled as she is back home to do damage control.

Thank God for her. We wish her well in her career.