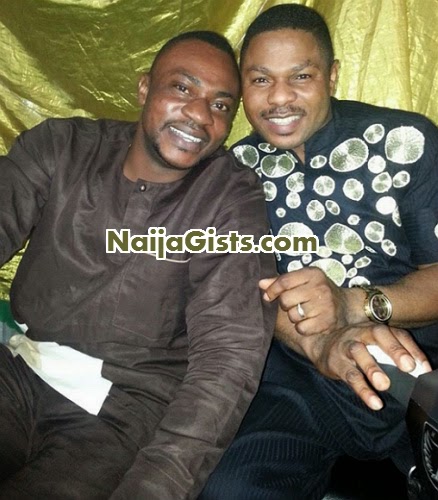 Ekiti High Chief Pa Ayefele who died on the 12th of October 2014 will be buried this month.

See the details below:

Artists Night to celebrate the life of Pa Ayefele will hold at Ipoti Ekiti Civic Centre on Thursday, January 22nd

Lying in State will hold at Yinka Ayefele’s villa in Isokun area of Ipoti Ekiti on January 23rd, 2015.

Final burial service will hold on Saturday January 24th, 2015 at the Saviours Anglican Church in the same city by 10am prompt. 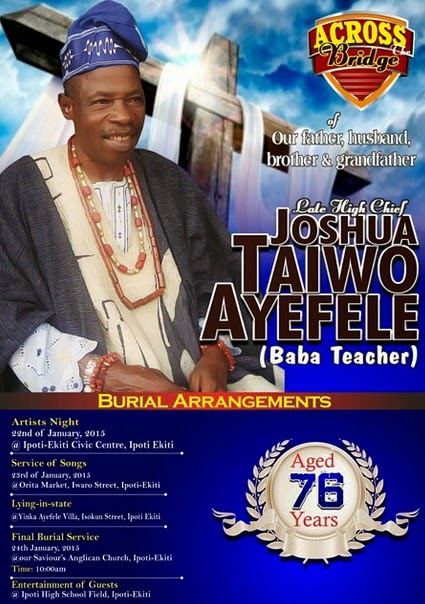