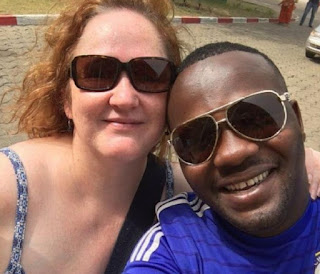 Nollywood actor Yomi Fabiyi has cancelled his plan to divorce his British wife, Fran and has reconciled with her.

The actor who is currently in London today took to the social media to celebrate their fifth wedding anniversary.

He hinted that his plan to get a divorce has been reversed as he is now ready to work things out with the single mother of one.

He plans to bring his wife along when returning to Nigeria. 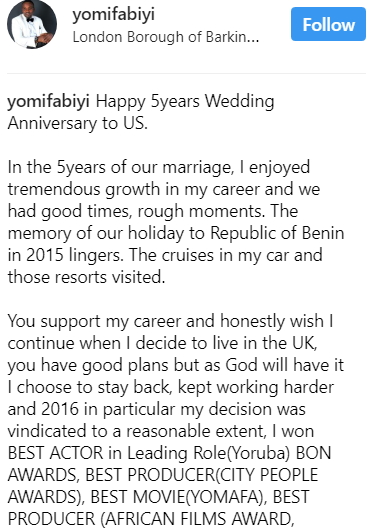 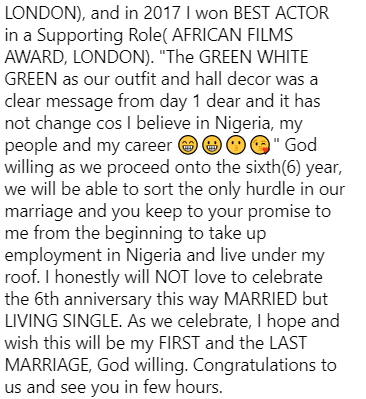