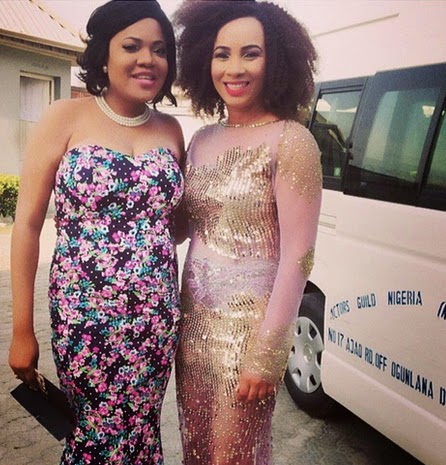 Nollywood Yoruba actress Toyin Aimakhu has made history as the first lady from Yoruwood to ever be elected a leader in Actors Guild of Nigeria.

On Thursday as Ibinabo was being sworn-in for her 2nd term, Toyin Aimakhu who was her secret running mate all this while was also elected the Vice President of the actors group.

According to sources, Ibinabo picked Toyin because she helped gathered votes from her people in the South West.

Toyin took to IG around 8:15pm on Thursday to make the exciting announcement to fans:

“I’m now the AGN vice president south west and @ibinabo4real is still our president,A big thanks to everyone for their love and support..AGN executives our president and all Agn chapters n my fans thanks for trusting and believing in me promise not to let u all down..long live AGN” – Toyin said on Instagram.