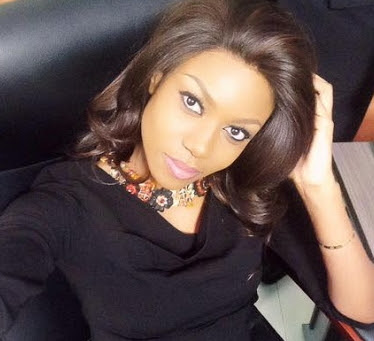 Ghanaian actress Yvonne Nelson who recently delivered a baby girl was alleged to have angrily answered someone who politely asked her to confirm her recent baby mama/daddy drama few days ago near a shoprite store in Osu area of Accra Ghana.

According to fillers, the actress who was accused of snatching the Oyinbo husband of a Nigerian model confirmed that her baby daddy is still legally married to another woman.

When the curious fan reportedly walked after her in a bid to ask more questions, the actress lost her cool and slammed her with the words below before she ordered her driver to take off.

“Yes I Have a Baby With A Married Man, Its Is My Decision Ok… Mind Your Business, Mind Your f***ing business”.

Meanwhile, while speaking with WOW Magazine just before her 27-year-old baby daddy details were leaked online, the 32-year-old actress noted that she doesn’t believe in marriage and that all she wants at the moment is a man who can make her happy.

“Marriage nowadays is just ceremony and a huge wedding. The whole marriage thing, that name is just so scary.” –  Nelson told WOW

By the comments on some of her social media photos, fans of the beautiful actress are still disappointed she gave birth out of wedlock.

The shoprite drama was leaked to NaijaGists.com exclusively by a fan based in Ghana.