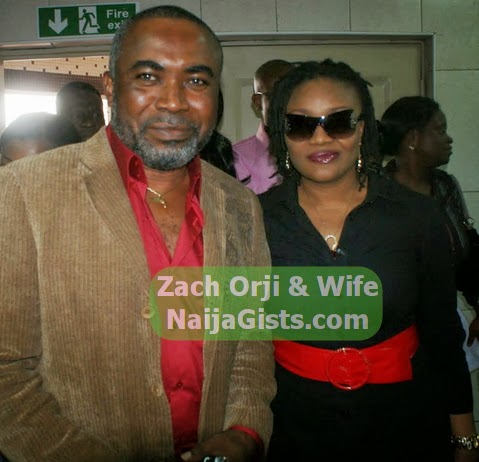 The actor also aired his opinion on sexual harassment in Nollywood.

Some time ago I was in Washington DC when a lady saw me in a super market and there were a lot of people there. It was unbelievable to her and she said, “Oh my God! I just watched you this morning, oh my God” She started shouting and called the attention of the entire supermarket, “Come and see, he’s an actor from my country, Nigeria.

I just watched him this morning!” I begged her to stop and she paid for everything I bought in the supermarket that day. I was also in Johannesburg sometime ago, when a lady walked up to me and just stretched out her hand. I was a bit embarrassed because she just came, looked me straight in the eyes and stretched out her hand for a handshake.

I looked back at her and said, “In my country, young women do not stretch out their hands to shake older men or to shake a man”. She said, “Oh I’m very sorry, it’s just that I’ve been watching you and I can’t believe that you are in my country”.

She then said “Ok, what am I supposed to do? I said “You will bend down and I will pat you on the back”. Immediately, she bent down and I patted her on the back and she just stayed like that, walking, shouting and saying, “He patted me on the back!” (Laughs)

I don’t know. There may be some truth in it and there has to be proof. I know that as a producer, I have never harassed anybody. Besides, people are so desperate these days that they offer themselves. Also, some of these people just want to give producers a bad name, sometimes, some of them do not measure up.

They think it is by sleeping around that they would get a juicy role. It’s not necessarily by sleeping around, but by applying your strength, talent, expressing and proving yourself. I do not deny that there is sexual harassment, but it is everywhere, not just in the movie industry. The thing is that human beings are predators.

When human beings are in a position where they can dole out some largess, some now exhibit their terrible characters. Some people just need to be put in a position of authority and you will see that they are animals.

That doesn’t mean we do not have genuine producers who are thoroughly looking for talents to want to use in their movies, because at the end of the day a good actor is a good actor. If you do not deliver, people will watch and they will see that this guy is not good or this girl is not good.