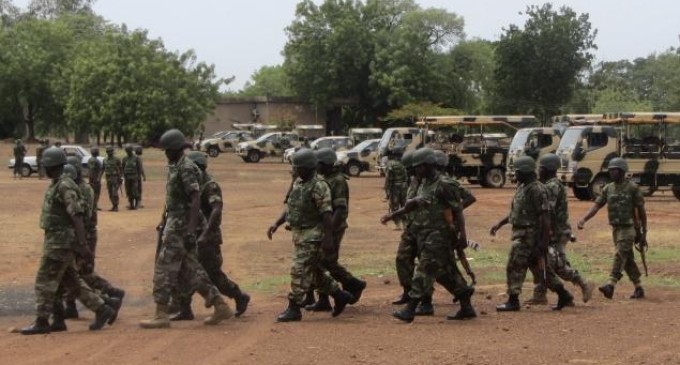 An NGO, HUMAN RIGHTS WRITERS ASSOCIATION OF NIGERIA (HURIWA ) has demanded a transparent investigation of the widespread allegations of secret burial by the military authorities of over 105 soldiers reportedly killed last week during an ambush by the dreaded Boko Haram sect, in Borno State, North East, Nigeria.

The Rights group in a statement signed jointly by the National Coordinator Comrade Emmanuel Onwubiko and the National Media affairs Director Miss Zainab Yusuf, called for “a more transparent and accountable investigation of the entire scenario and for the Federal Government to inform Nigerians of the state of affairs of the current counter terrorism war including providing clear, unambiguous and concretely verifiable evidential information on the number of casualties as a way of honouring the heroes who have been killed whilst defending the territorial integrity of our Fatherland and as the best way to provide succour for their loved ones.”

HURIWA recommended that the United Nations (UN) African Union (AU), Economic Community of West African States (ECOWAS), credible International and national Non-governmental groups including Amnesty International; Human Rights Watch; National Human Rights Commission of Nigeria (NHRC) and respected Nigerian based Non-Governmental bodies should be constituted into a panel of investigators which must include representatives of the Red Cross/Red Crescent Society and Faith based organisations including representatives of the Nigerian Military to investigate the veracity or otherwise of the claims and counter claims as regard to the whole saga.