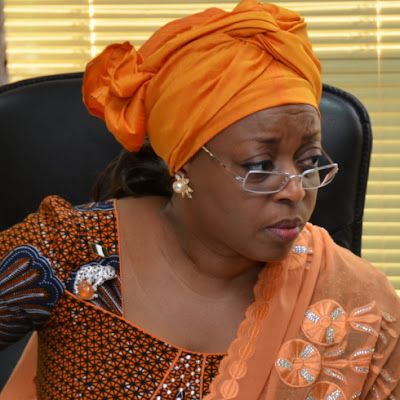 All the corrupt INEC officials who collected multi million naira bribe to buy votes for Jonathan have started rushing to the EFCC office to refund part of the bribe they collected.

As at the time of this report, the Anti-corruption agency has arrested more bankers at Fidelity who received part of the $115 Million Diezani Gate money.

One of the oil business owners declared wanted by the EFCC, Leno Olaitan Adesany reported at the agency office in Abuja for questioning yesterday. He was told to report at the Lagos office of the commission for questioning tomorrow.

Fidelity Bank refunded N49.7million, its profit from the disbursement of the N23.29billion provided by former Minister of Petroleum Resources Mrs. Diezani Alison-Madueke.

Some former and serving INEC officials in Oyo and Ogun states refunded N359millon.

More officials of INEC were said to have rushed to the EFCC to refund the bribe given to them.

The EFCC team has intensified its investigation into the scandal.

Buhari’s anti-corruption broom is sweeping in full force. Kudos to EFCC for this patriotic move.