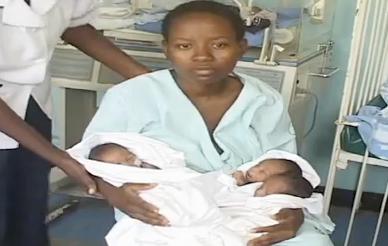 According to the nurse on duty, Mary Marumbu, the babies and their teenage mother were in good condition and ready to go home.

The teenage father is a secondary school drop out and a menial worker.

“My boyfriend has no ability to take care of the babies even if he was here. We are grateful to the government for scrapping off maternity fees because I will be free to go home once discharged. I would have been detained here if I had been asked to pay,”

As at the time of this report, the case has been reported to the police.

According to a report, Kenya has the highest rate of teenage pregnancies in East Africa.

Who will take care of these innocent triplets?