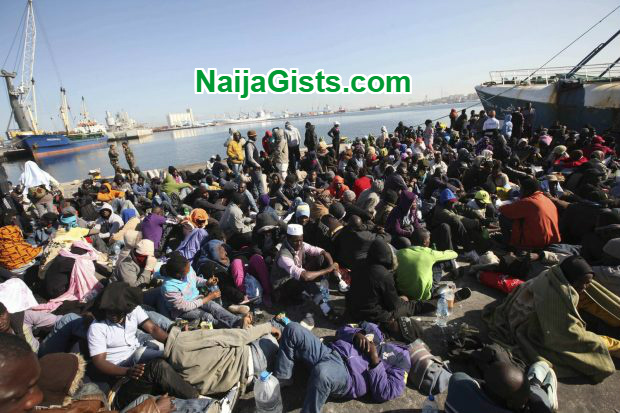 The NIS today disclosed that some 154 Nigerians have been deported from Libya, adding that the deportees arrived the Murtala Muhammed International Airport (MMIA), Lagos about 4.00pm local time.

According to a source, the return of the deportees was facilitated by the assistance of the International Office for Migration (IOM), which has been instrumental for the voluntary return of many Nigerians trapped in the crisis that engulfed Libya a few years ago.

Apart from those trapped in the Libyan crisis, some of the deportees also include those trying to make their way to Europe.

The Nation gathered that the deportees arrived on board a Libyan Airline aircraft, an Airbus A330-200 with registration number 5A-LAT.

On hand to receive them were officials of the Nigeria Immigration Service (NIS), the National Emergency Management Agency (NEMA), the Nigeria Police, Air Force Command and the International Organization for Migration (IOM) who facilitated their return to Nigeria.

The returnees comprised of 96 females and 58 males. Among the 96 females were nine pregnant women, three minors and three others with serious medical issues.

An IOM Medical Doctor, Abusrewi Zakariya was also on board to provide first aid to the sick ones among the returnees.

Head of IOM in Lagos, Nahashon Maina Thuo disclosed that Monday’s exercise was the fourth time in 2016 that the organization would assist Nigerians who volunteered to return home after they were stranded in Libya. He said similar support was provided to Senegal and other African countries. 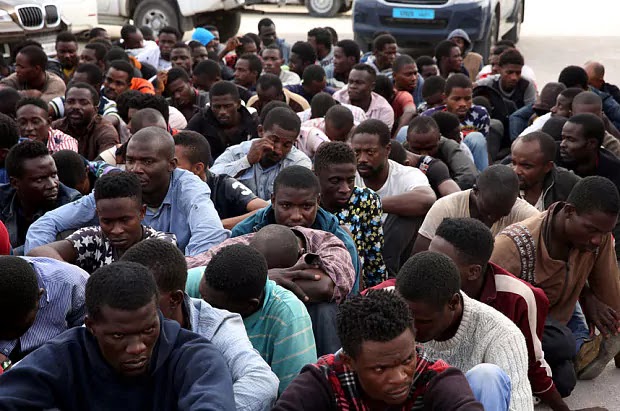 He said another set of Nigerian migrants would be assisted to return home before the end of the year as their profiles are being sorted.

NEMA’s Director of Search and Rescue, Air Commodore Salisu Mohammed (rtd) said the agency would assist the returnees to get to their destinations.

He warned those seeking greener pastures abroad to have a rethink, saying they can make it in Nigeria.

Continue Reading
You may also like...
Related Topics:deported, libya, Nigerians