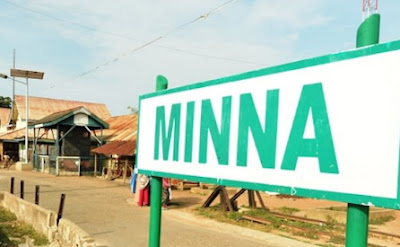 A Minna Magistrates’ Court on Wednesday ordered the remand in prison of a 20-year-old farmer, Lawali Safiyanu, for having an unlawful sexual intercourse with his daughter.

The accused was docked on a charge of unlawful sexual intercourse with a child, contrary to Section 18 (2) of the Child Rights Law of Niger State, 2010.

The prosecutor, Cpl. Aliyu Malami, had told the court that one Dawudu Ahmadu of Nasko Road, Minna in Niger reported the matter at the station on July 8.

Malami said the complainant alleged that on the same day at about 2:00p.m., the accused lured his daughter into his room and forcefully had the carnal knowledge of her.

When the charge was read to the accused person, he pleaded not guilty.

The prosecutor, thereafter, told the court that investigation was still ongoing into the incestuous act and asked for an adjournment.

He, however, objected to admitting the accused to bail, arguing that it would jeopardise police investigation.

Magistrate Amina Musa in her ruling ordered the accused person to be remanded in prison and adjourned the case until Aug. 21.