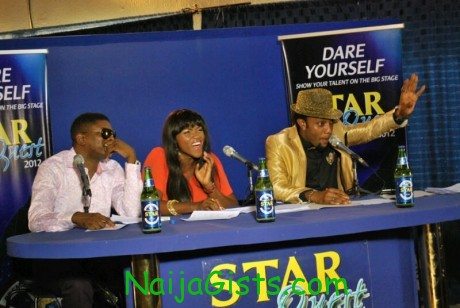 This year’s edition of Star Quest has kicked off, with the commencement of auditions in one of the regions. naijagists.com

The first leg of auditions took place in Makurdi, Benue State on February 21 and 22, with hundreds of wannabes trooping out to show their talent – or the lack of it. And the power to decide rested on judges Waje, KCEE and Paul IK Dairo.

‘It has been a wonderful experience. We didn’t really expect to get the warm reception that we got from the people of the town. It is really encouraging. I want to say thank you to everybody from this state that made this happen’, Paul Play Dairo said.

Successful candidates during the auditions in Makurdi have automatically qualified for the grand auditions which takes place in Lagos. They will be joined by qualifiers from the other regional auditions in Enugu, Benin and Lagos.

A total of 55 applicants are to be chosen from the four regional audtions which will lead to judges further selecting 36 contestants to make the Star Fameland. The final 36 will then be broken into six groups which will compete by performing various genres of music in the Star Fameland

Organizers say the winning band will get a recording contract worth N7.5M, N3.6m (to be shared by the six band members) and a one year accommodation in a choice location in Lagos. The accommodation will also come with a studio stocked with the latest musical equipment. 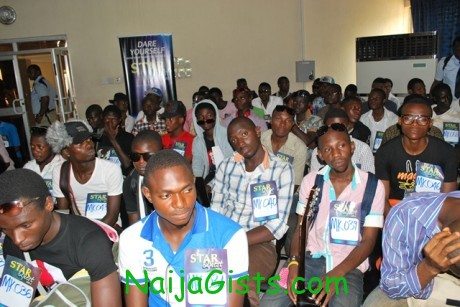 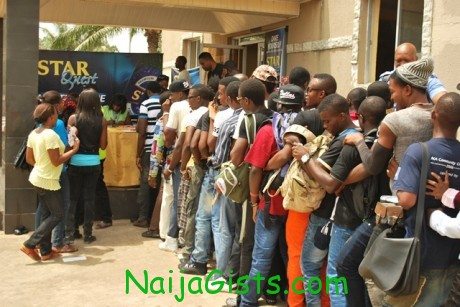 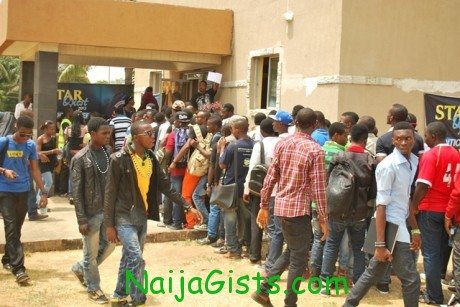