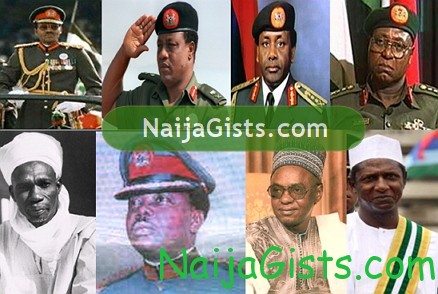 In the upcoming 2015 elections preparations, Nigerian Christians leaders in Kaduna said they’ll do everything possible to prevent the emergence of a Muslim president from the North simply because the region had produced Muslim presidents since year 1960. naijagists.com

The group identified as NOSCEF, Northern States Christian Elders Forum said they would do everything humanly possible to ensure a Christian wins 2015 elections in Nigeria.

In a statement during an emergency meeting in Kaduna, the group’s chairman, Evangelist Mathew Owojaiye and secretary General, Iliya Yusuf said: “The region had had enough of Muslim national leaders since independence to the disadvantage of the Christian community.

The group said General Yakubu Gowon was the only Christian president that emerged from the north and those democratically elected were Muslims who received supports from Christians.

In a statement, here are the past Muslims Presidents who emerged from the North:

Do you support them?