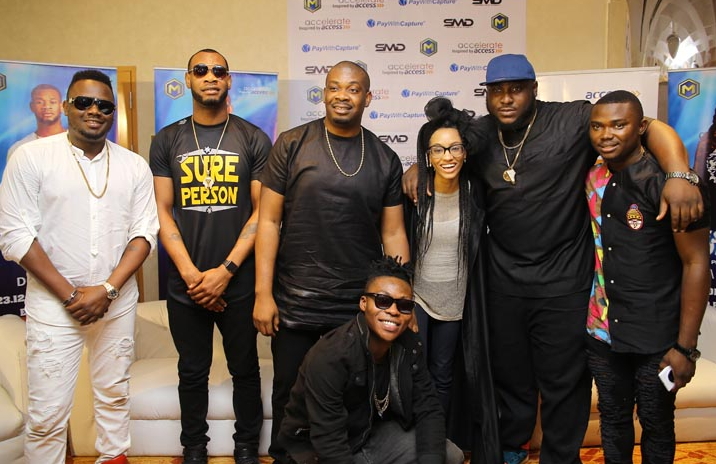 They have set the record for the most hits released by a label in a single year.

Known as the Supreme Mavin Dynasty, the crew will be joined by other superstar musicians for an electrifying concert that will last for at least hours and will be broadcast Live.

Mavin Records founder Don Jazzy says the event is ‘a loyalty reward’ for the millions of Mavins fans across the world for their support and passion. According a spokesperson for the label, the tickets will cost next to nothing.

‘This is our way of saying thank you to our many fans around the world for supporting us from our launch three years ago to where we are now. We have achieved so many records and the only reason we have done all this in such a short space of time is because of our amazing fan base. The tickets are super affordable and can be purchased on PayWithCapture.

This is first time the three year-old label is presenting a concert of its own, and expectations are high from the music and business community.

Concert partners Access Bank will make a big entry into music sponsorship with the title sponsorship of the concert. The Bank’s Executive Director, Personal Banking, Mr Victor Etuokwu told journalists that the sponsorship is part of the Access Bank’s commitment to providing a meeting platform like the Access Mavin Concert, Accelerate amongst others to engage youths.