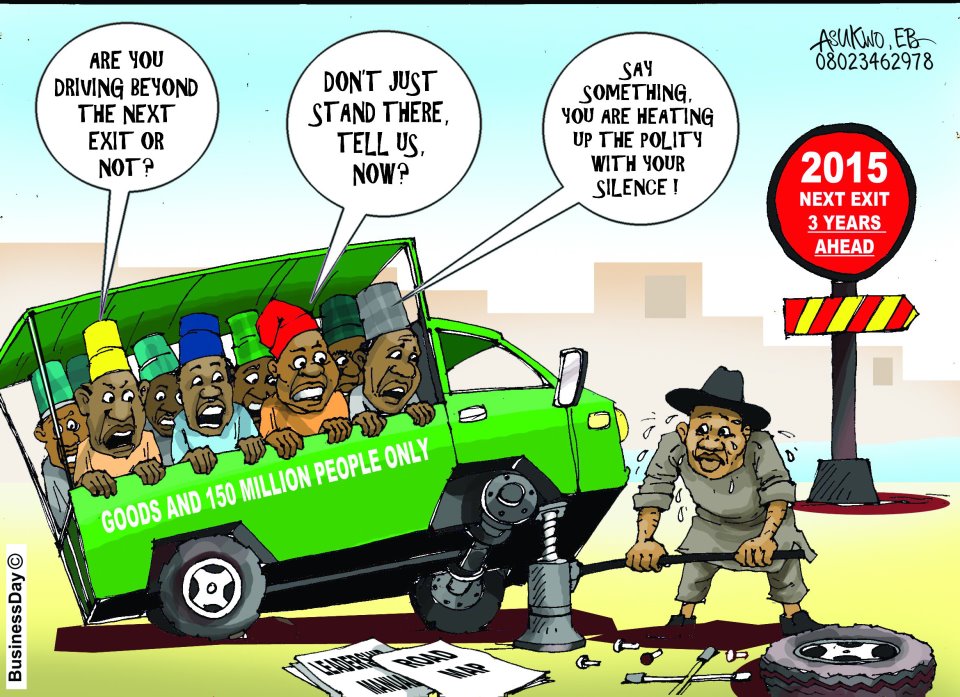 The agitation for power shift being mounted by northern leaders has reached a deafening crescendo. This high octane demand is coming from a section of the country that has held power for nearly 40 out of the 53 years of Nigerian independence. Even more irrational is the fact that this vociferous demand is being couched in terms of the morality of power rotation. But Nigerians ought to understand that as far as central executive power politics in this country is concerned, the only moral imperative is the concession of the presidency to a Nigerian citizen of Igbo extraction.

In a recent public statement credited to “northern leaders”, aspects of which were meant to insult other sections of the country, Professor Ango Abdullahi, the putative spokesman for the “leaders” said, among other things, that “if you look at other parts of the country that are making noise, they are small enclaves, perhaps may not be bigger than Kaduna State.” Njiko Igbo accepts that in a democratic setting, it is the political right of every section of this country to aspire to the presidency, but insists that such an aspiration must be based on considerations of the democratic ingredients of justice, equity, fair play and genuine moral conduct. The arrogance that frequently erupts from certain sections of the country is not conducive to the realisation of equality of opportunity in a pluralistic, multi-cultural and multi-religious society such as Nigeria.

To refer to other regions of Nigeria, populated by patriotic and freeborn citizens as mere enclaves is to suggest that such regions are not qualified either to aspire to or to remain in the central executive position in this country. As far as we know, the South-East and South-South are, respectively, the major contenders for the presidency in 2015. To dismiss these regions as mere enclaves and the inhabitants who are seeking the highest office in the land as mere noise makers is the height of arrogance and betrays the imperialistic instincts that have thwarted democracy in this country and retarded its progress. The demographic superiority claimed for the north is a complete sham because if the regions dismissed as enclaves were to withdraw their support, no northerner can ever fulfil the constitutional requirement to ascend to the presidency of this republic. This point is proved by historical evidence which shows in crystal clear terms that all northern democratic heads of government had depended on the support of these regions that are now being described as mere enclaves to win general or presidential elections, and to sustain central government. And practical statistics tell a more powerful story: In the last presidential election, of the 13 states that delivered one million or more votes to any of the presidential aspirants, more than half of them are located in the South. Among those 7 states are Imo, Abia and Anambra. Others are Delta, Lagos, Rivers and Akwa Ibom all of which drew heavily from the Igbo votes to reach and exceed the one million mark. Furthermore, the northern states that reached the one million landmark also drew heavily from the Igbo votes and they include Plateau, Kaduna, Kano and Bauchi.

In the light of these statistics, therefore, to dismiss the citizens that have such a rich and significant electoral impact as “noise makers” is not only a demonstration of political naïveté and ignorance but amounts also to a total misconception of the dramatically altered post-Boko Haram realpolitik of this nation.

The negotiation of the power equation in this country should not be conducted on the basis of aggression, intimidation, insults or ethno-religious arrogance. It must be done on the basis of mutual respect, understanding and sympathetic consideration of the sensibilities of other elements that make up this complex nation. The old simple ways must yield to the sophisticated complexities of today. These are serious times ovulating serious issues that require serious people’s attention.

The justifiable anger emanating from those who feel that they were cheated in the power game because ambitious people chose to honour a gentleman’s agreement in the breach should not form the basis for elderly patriots to shut their eyes to the fundamentals of justice and equity as well as the imperatives of morality. Njiko Igbo insists that the only moral imperative in this republic is for an Igbo man or woman to be elected president in 2015.

It bears repeating for the benefit of those who are yet uninformed about Njiko Igbo and its mission: NJIKO IGBO is an organisation dedicated to the struggle for the ascent of a citizen of Igbo extraction to the presidency of the Federal Republic of Nigeria in 2015. We are fully committed to the security and peace of our nation, and to the comradeship of a common justice for all Nigerians. We are neither a political party nor are we affiliated to any political party. Our primary mission is to enlighten and mobilise the Igbo population, both at home and in the diaspora, to stand firm and united in the pursuit of our collective goal. Our secondary duty is to connect with and persuade the rest of the Nigerian population about the justice of our cause.