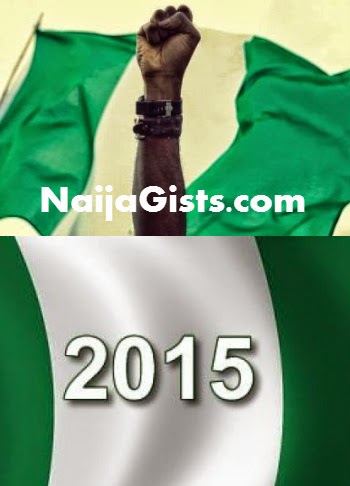 When some weeks back, Pastor W.F Kumuyi, General Superintendent of the Deeper Life Bible Church in an interview on the African Independent Television network announced to the world that Nigeria will remain as an entity beyond 2015, he put to rest the fears of those who had believed the much talked about 2015 apocalypses of Nigeria would happen.

It had become necessary that we had the say of one renowned voice from the Christian Laity rather than the numerous voices of those who are trying to key in to the ethno-political atmosphere that characterizes the sphere of the nation at this time.
For those who think they call the shots in global politics and happenings, I mean the country whose flag bear the red stripes and stars, and our own clergy men whose responsibility it is to pray for the peace of this our “Jerusalem”, 2015 is around the corner.

Series of prophesies have emerged from around our nation and beyond our shores of impending doom. The fear that envelops the average Nigerian is not helped by the increasing media reports of visions of prophets, Bishops and Reverends over what God has revealed to them about our dear nation.

Our spiritual leaders have given politicians the impetus to act in lieu of this so called prophesies thinking that they are helping God achieve his determined course against Nigeria. Blind politicians have failed to realize that however hard they fight against the prick, Nigeria remains in the center of God’s heart.

Different maps depicting the divisions that could characterize the new Nigeria after that day in 2015 when the apocalypses occurs are already having the rave in our social mediums and online news blogs. It seems the propellers of this are slowly preparing the minds of Nigerians for the future day in 2015 when all hell will let loose and the predictions of those who are not God will come true.
It is already anticipated by religious proselytes across the world that as the night of 31st December 2014 arrives, prophesies will rent the air. It won’t be odd to expect as one of those prophesies, this very one that our great nation will break in pieces. We’ve heard this over and over again.

Those who are helping our great nation see visions, I mean our religious leaders, are failing their part of the deal. They should be praying for the peace of this nation upon which our prosperity depends and mercy for our estranged land. Rather, they are busy taunting the common man with scary visions while those who should help us check the excesses of this nation are busy piling up enough for themselves for that future event in 2015 when they will flee the nation to their homes beyond our shores.
Our spiritual leaders should be helping us stand in the gap praying God to show his mercy. If they continue to prophesy dooms day, I wonder where their members who have given them their clout will go to. A divided Nigeria will not come with ease. It will take a fight and blood will be shed. Those big castles that house our churches will become rubbles and these our prophets will indeed realize that they had all the time to overturn their prophesies.

We have to tell year 2015 that those things said about her are untrue, us who are desirous of a prosperous Nigeria, that our people won’t become refugees running to other countries for aid when we have all the capacity to supply those nations with the same aid.

As a people, we must develop a strong resolve to keep this nation as a united whole. Nigeria won’t be Nigeria without the consortium of our over 500 ethnic groups. There won’t be a Nigeria like we have now with all the characteristic Nigerian attributes if the Niger delta, the southeast, the southwest, the middle belt, the northeast and the north west all decide to independently break off from the united whole.
To keep Nigeria one is a task that must be done. Our every act must be tailored towards ensuring that the resolve of our founding fathers to remain one in-spite of original differences that had always existed is intact.

We must be very familiar with failed prophesies. Do you remember Pastor Tunde Bakare and our former president Olusegun Obasanjo? Oh yeah! Obasanjo is still giggling and causing trouble in the polity many years after he finished his two term tenure as president and we hardly hear of Tunde Bakare. Wait! Rochas Okorochas I hear was prophesied to be the next president in 2015. He has hurriedly returned to his state to pick the governorship ticket just less than forty eight hours after coming a distant fourth place in the APC primaries. Don’t laugh.
Nigerians must disregard politics of prophesy and doom telling. Every one prophesy depends on the decisions of every one of us. if we act right, we can be certain that those doomsday prophets won’t have their way with the vain glory of having prophesies come true. They won’t have bragging rights when we do the right things and make the right decisions.

The threats already heating the political sphere of impending catastrophe if one party or candidate doesn’t win in elections across the nation is out of place. Let’s be wise. What should count is your vote not your life.
Those who are drumming the drums of war are not Nigerians. They don’t like Nigeria; they don’t like me and you. They love themselves, their own glory.
But for us who are free thinking yet passionate Nigerians, I and you, we will see this nation beyond 2015.

We will ensure her peace and her prosperity. We will ensure we do all we can do to ensure those prophesies don’t come true.
Thank God we have heard from a reputable voice in W.F Kumuyi. We are assured of Nigeria beyond next year.

Those who think 2015 will make or mar Nigeria must think again. 2015 is saying “I refuse to be the reason for Nigeria’s division, I agree that your elections are happening in me but Nigeria wont be divided in me.”
We can resolve to fight against injustice, corruption, and other ills without having to kill ourselves. If the guns had the capacity to cause change, by now Nigeria would have being there where our leaders who wielded the gun thought they could take it to. But it does not work that way. We stand as the African country with the highest number of military coups in our history. Good record, but no changes.
Carrying the gun does not necessarily mean instigating change. Change only arrives by a determined effort from the individual to propel his energy towards a new order, that energy being imbedded on that thumb of yours, your power to vote.

Thank God we now know who the contenders amongst our nation’s strongest political parties APC and PDP are. The choice of who leads this nation is dependent on the communion of votes, your vote inclusive of the one you support.

There will be no excuse to give the future generations that we lost our clout as the giant of Africa because two men contested for the office of the president. It’s a story not worth telling. The men to whom this nation will fall into this woe will forever live in regrets many generations of children to come.
There must be a Nigeria beyond year 2015. I should still be a countryman with Oluranti my Yoruba friend in Osun, Amin my Fulani friend in Kano, Opara my igbo friend in Imo, Oche my Ndoma friend in Benue and you who is reading this.

[About the author: Samuel Ufot Ekekere writes From Calabar, www.facebook.com/ekekere]