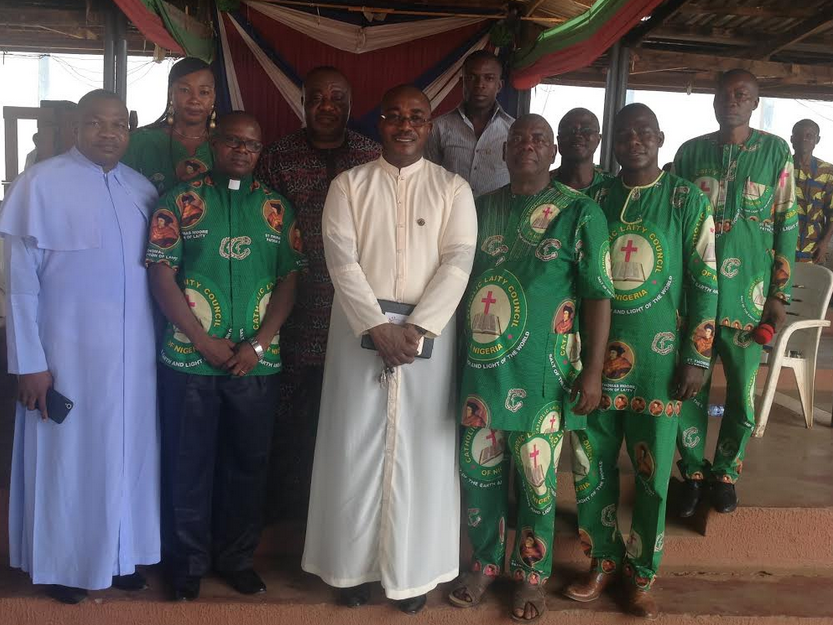 The Catholic Archbishop of Onitsha and Metropolitan of Onitsha Ecclesiastical Province, Most Rev Valerian Maduka Okeke on Sunday flagged off the 2017 Onitsha Archdiocesan Laity Week at the Basilica of the Most Holy Trinity, Onitsha.

The Laity Week which has a theme;”The family as centre and point of departure for lay evangelisation” is aimed at sensitizing the lay faithful to play their proper roles in their families, the public as well as the church.

The Archbishop was represented by Rev Father Celestine Aniofor, who con-celebrated the mass with Rev Fathers Innocent Egbunike and Michael Okagbue. In a homily, the Archbishop admonished the lay faithful to use whatever vocation they found themselves to work with Jesus and be useful to their fellow human beings irrespective of religion, tribe or creed.

In his welcome address,the chairman of the Onitsha Archdiocesan Laity Council,Sir Don-Martins Ogbuefi reminded the congregation that the apostolate of the lay faithful began from the Christian family.
According to Sir Ogbuefi,individual families are domestic churches where the members personify Christ and his teachings in their daily activities. 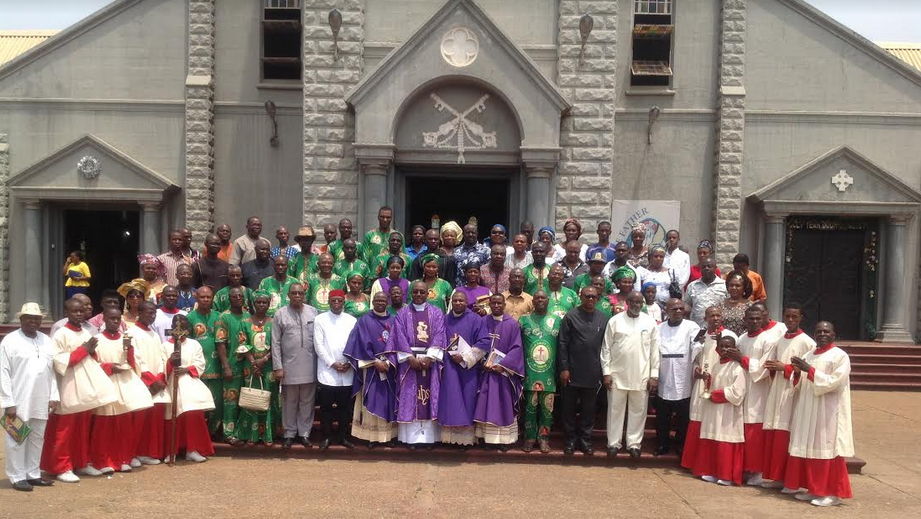 Highlight of the occasion was the unveiling of the 2017 Laity Week manual by Mr Oselloka Obaze,speech by the chairman of the occasion Chief Otti Okwudili and cultural dances.

Continue Reading
You may also like...
Related Topics:2017, laity, week