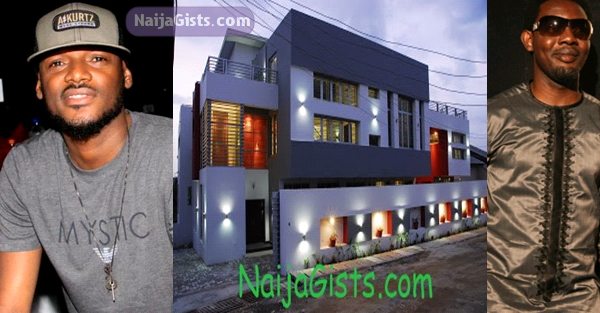 Come next year January, the celebrities will formally move into their twin duplex with their families.

2face Idibia who bought his mansion few weeks ago made it public while comedian Ay bought his own secretly.

The property is located in Lekki Phase 1 area of Lagos state Nigeria.