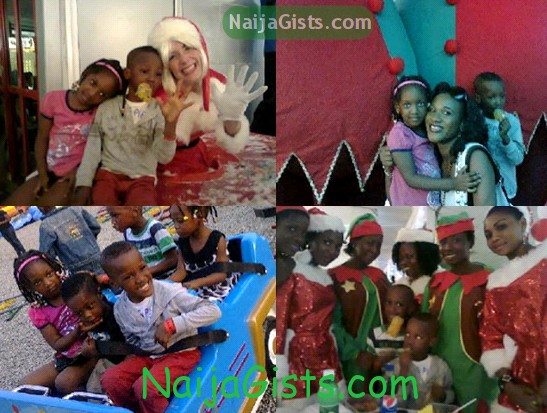 The beautiful children of Nigerian music star 2face Idibia were spotted at the recently concluded Winter Wonderland Childrens’ theme party that he hosted on the 18th of December 2012 at 10 Degrees event center in Oregun, Lagos state, Nigeria. naijagists.com

Annie was busy snapping pictures at the event all day.